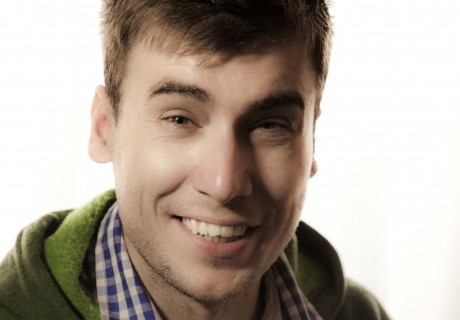 Joël Stoppels is a battlefield guide and founder of the Battlefield Tours. He did research in different allied operations during the Second World War in Holland and is now an expert. By means of the Battlefield Tours he shares his knowledge with other people who are interested in the Second World War. “The battle to liberate Holland was so severe and heavy, it took so many lives, that it should not be forgotten”, is Joëls conviction.  In the summer of 2012 he started with guided tours under the name ‘Battlefield Tours Groningen’.  The young historian has a mission: he believes it is very important to keep the memories of the war alive. Every year there are less people who actually experienced the war. Young people should be aware that freedom is the most important condition for individuals and for a country. It can be lost very quickly, but you do not get it back easily. In the Second World War soldiers form other countries helped us, they did fight for our freedom and many died for it. Let us never forget and be grateful that we live in freedom in this country until today.  Joël Stoppels is member van The International Guild of Battlefield Guides, badgenumber 70. 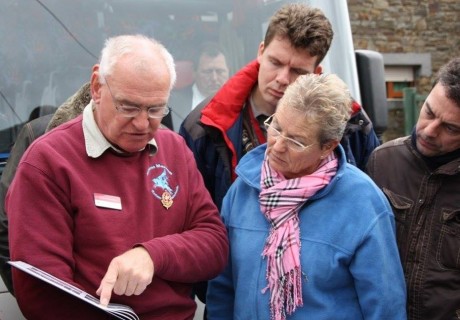 Wybo was born just before the Second World War and still have some memories of that time; Jewish people being hidden by his parents, his farther coming back from a concentration camp and the fighting and liberation in April 1945 of his native town in the North part of Holland by the Canadian Army. He believe that his interest in the history of the Second World War started in his youth when collecting documents and material of that period. In 1974 he became a member of the Board of the Airborne Museum in Oosterbeek and was responsible for the organisation of the museum and its dioramas following the move from its original location at Doorwerth Castle, to the Hartenstein Hotel in 1978. He was also involved in a number of other military museums, including the Museum of Royal Signals, Dutch Commandos and the Harskamp Training Ground Museum, besides guiding battlefield tours of Arnhem for the Army and the Airborne Museum. Wybo Boersma is a member from The International Guild of Battlefield Guides, badgenummer 30. 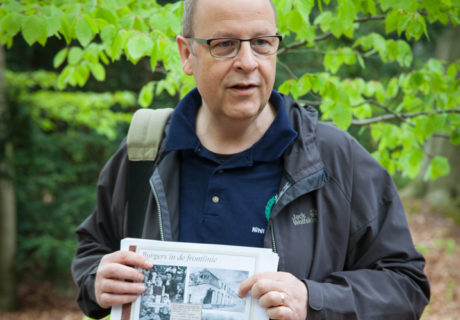 The memory of the Second World War in general and that of the Battle of Arnhem in particular should not be forgotten. I was born and raised in Oosterbeek and started my career in the Dutch Army where I served for nine years as an NCO in the Signals Corps. As co-author I was involved in two books on the Battle of Arnhem and have contributed to more than 35 publications. For over 30 years, I have organized tours for groups in various compositions. I was awarded the AAC Association Bronze Medal and made an honorary member in recognition of my role educating today’s AAC soldiers about the battle of Arnhem. I am specialised in customised battlefield tours of the Battle of Arnhem. In addition to the strategic part of the battle, many personal stories are told. Luuk Buist is a member from The International Guild of Battlefield Guides, badgenummer 85. 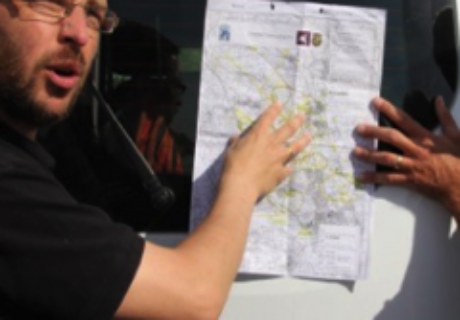 History, especially militairy history has always been a major interest of Edwin. For more than 25 years he has read, studied and visited different locations both well know and lesser known, related to both world wars and other conflicts. His main interest is World War 2 operations in North Western Europe, but the history of the holocaust and concentration camps never cease the grab of him. Living in the area where a part of Market Garden took place, visiting these battlefields became more than just a spare time hobby for Edwin.There is always more to know and understand on these militairy operations and battles, this is why on some days he can be found exploring battlefield locations to examine what the surroundings look or looked like. For several years now he have shared his knowledge with different groups of people taking them to those locations and sharing the stories.   Edwin is a member of the International Guild of Battlefield Guides.

Willem has been organising guided Airwar tours around former German Deelen Airfield near Arnhem under the Deelen Research Group (DRG) brandname since 2005. From 2009 on, one and two day Market Garden tours in the Arnhem and Nijmegen area, especially for smaller groups up to 8 people, have been added to the portfolio. So far Willem has guided over 2500 guests in over 125 tours, and received wide acclaim from both English, American, German and Dutch visitors on his tours. Becoming a member of the International Guild of Battlefield Guides in 2008, Willem was awarded Badge #61 on the AGM in Bromsgrove in 2013, the second badge in the Netherlands. For more information: www.fliegerhorstdeelen.nl 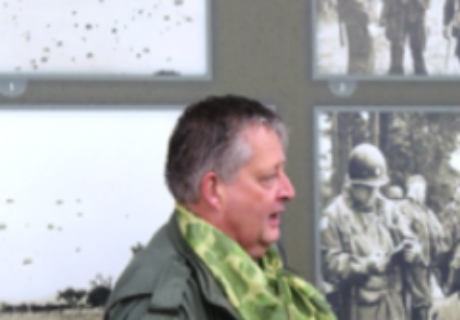 Since his youth, Bert Eikelenboom is very interested in World War II. In 2008, his interest grew even more when he moved to Groesbeek, near Nijmegen. His new address was Generaal Gavinstraat. But who was this General Gavin? Bert was born in Rotterdam and therefore did not know the story, so he delved himself into the history of Groesbeek. His interest in this history made him become a guide in the ‘National Liberation Museum 1944-1945 “. Bert is driven by the story of our liberators and their efforts for our freedom. In 2013 Bert started his own private enterprise, called LiberationTour, and the first tours where a fact. He drives his guests through the hilly landscape of Groesbeek in his historical Dodge. The tour takes you along the places and battlefields where Operation Market Garden, the evacuations and Operation Veritable took place. Since 2014 Bert is also able to give tours to larger groups. Bert Eikelenboom 79 is a member from The International Guild of Battlefield Guides, badgenummer 30.