The Battle for Bremen
The British infantry divisions were supported by tanks and specialized armored vehicles. Before the capture of Bremen, 767 aircraft of RAF Bomber Command No. 1, 3, 4, 6 and 8 Group carried out a tactical bombardment. The bombs were mainly destined for the southeastern suburbs, through which British troops would launch their attack on the city.
Most of the fighting took place on the outskirts of Bremen, after the British soldiers forced their way into the city, the German resistance collapsed.

You can read all premium articles on our new Patreon site. Please come join the community as a premium member. > Full article

The Dutch Military Order of William for Major Falloon 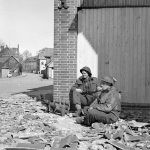 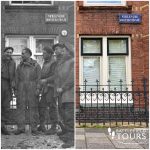