Battle of the Bulge – By Reg Jans 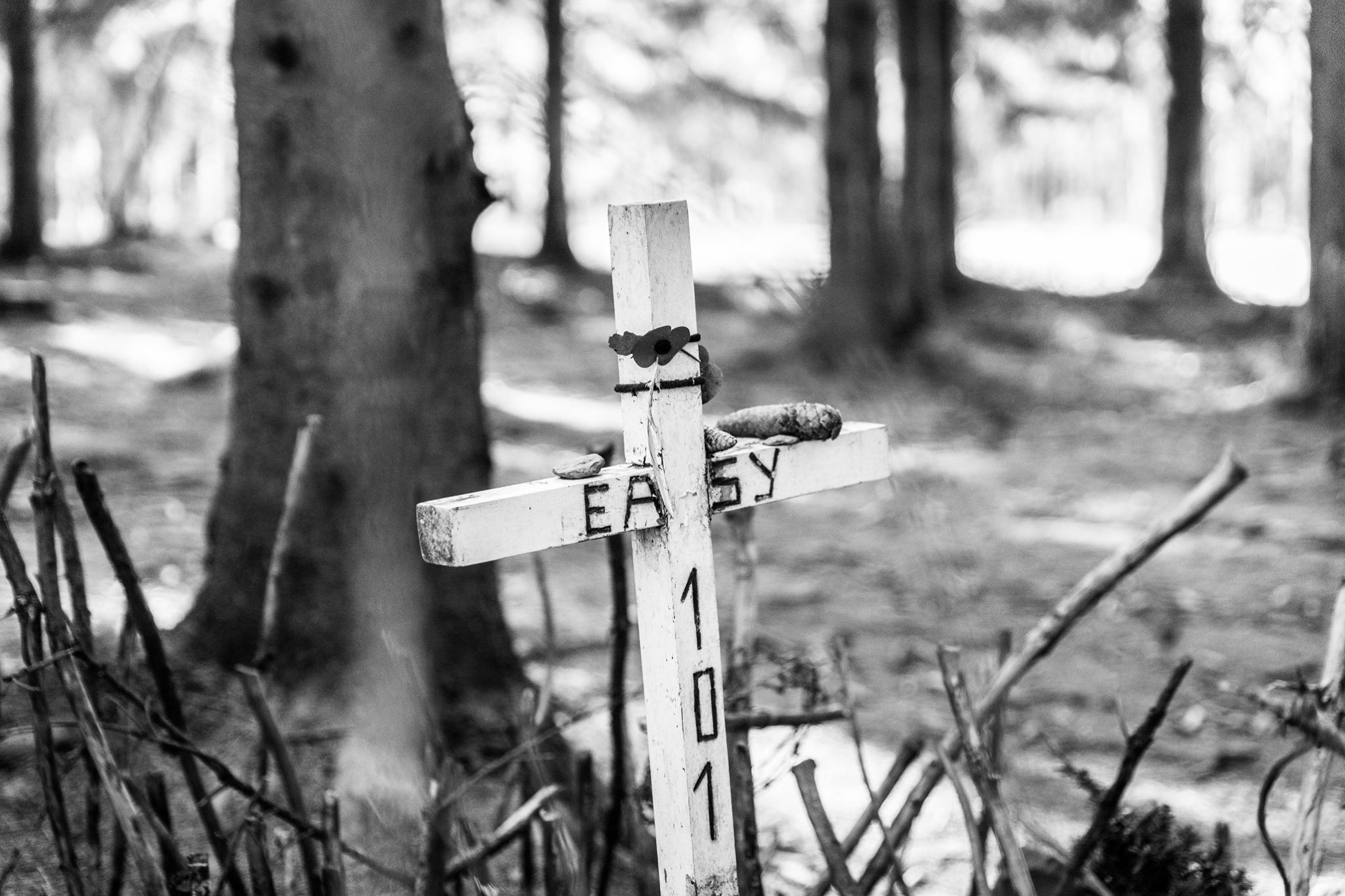 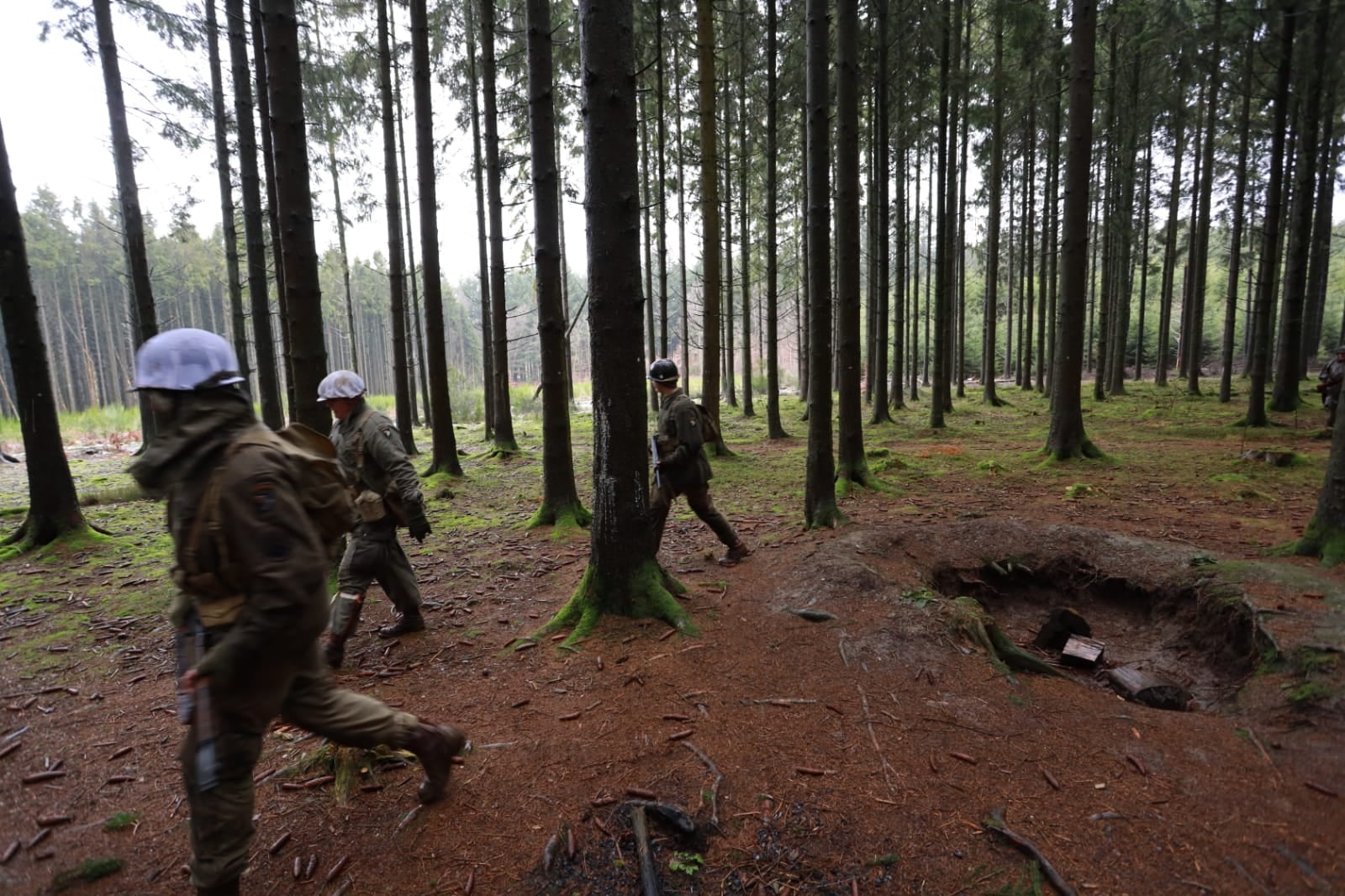 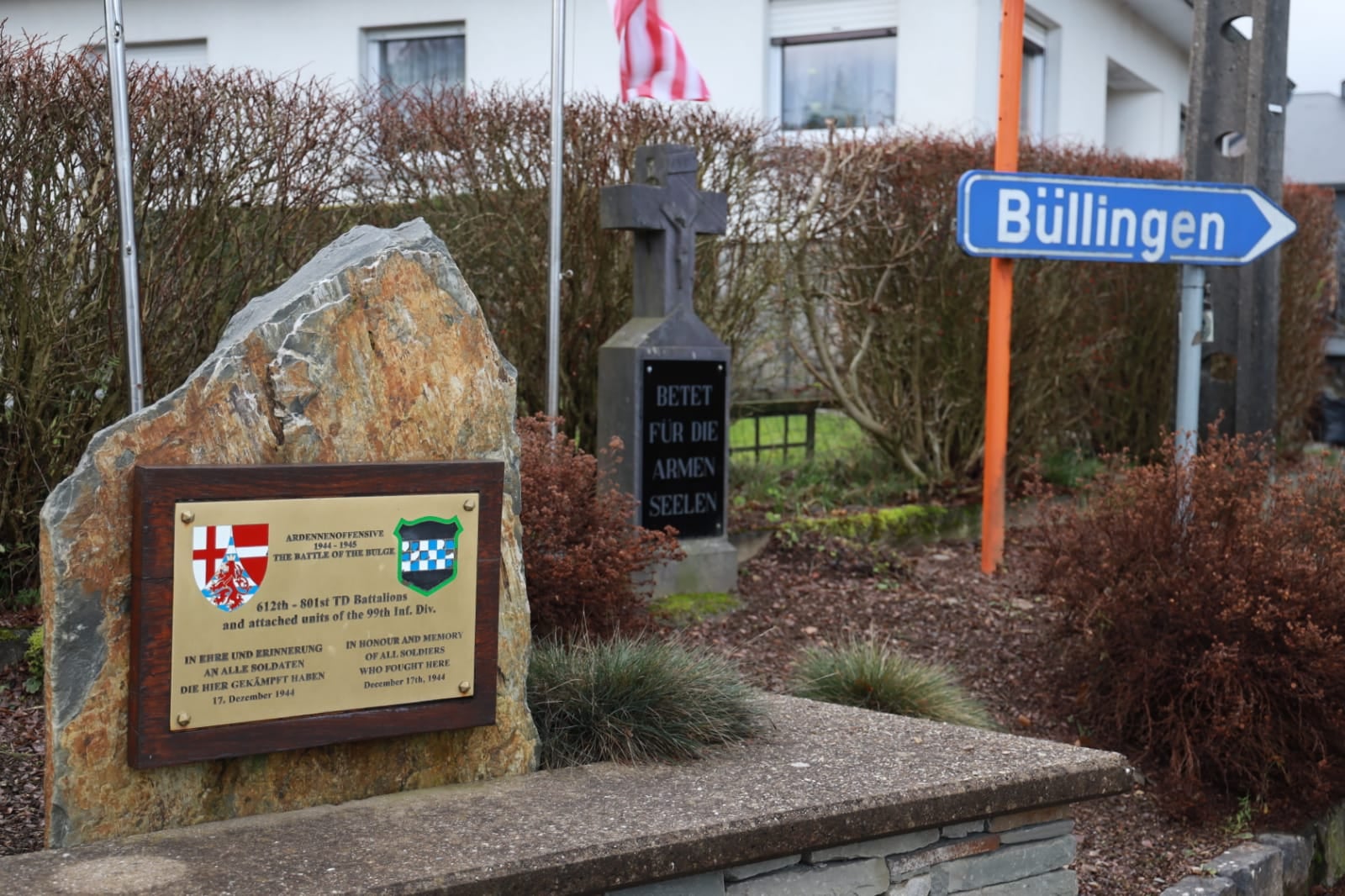 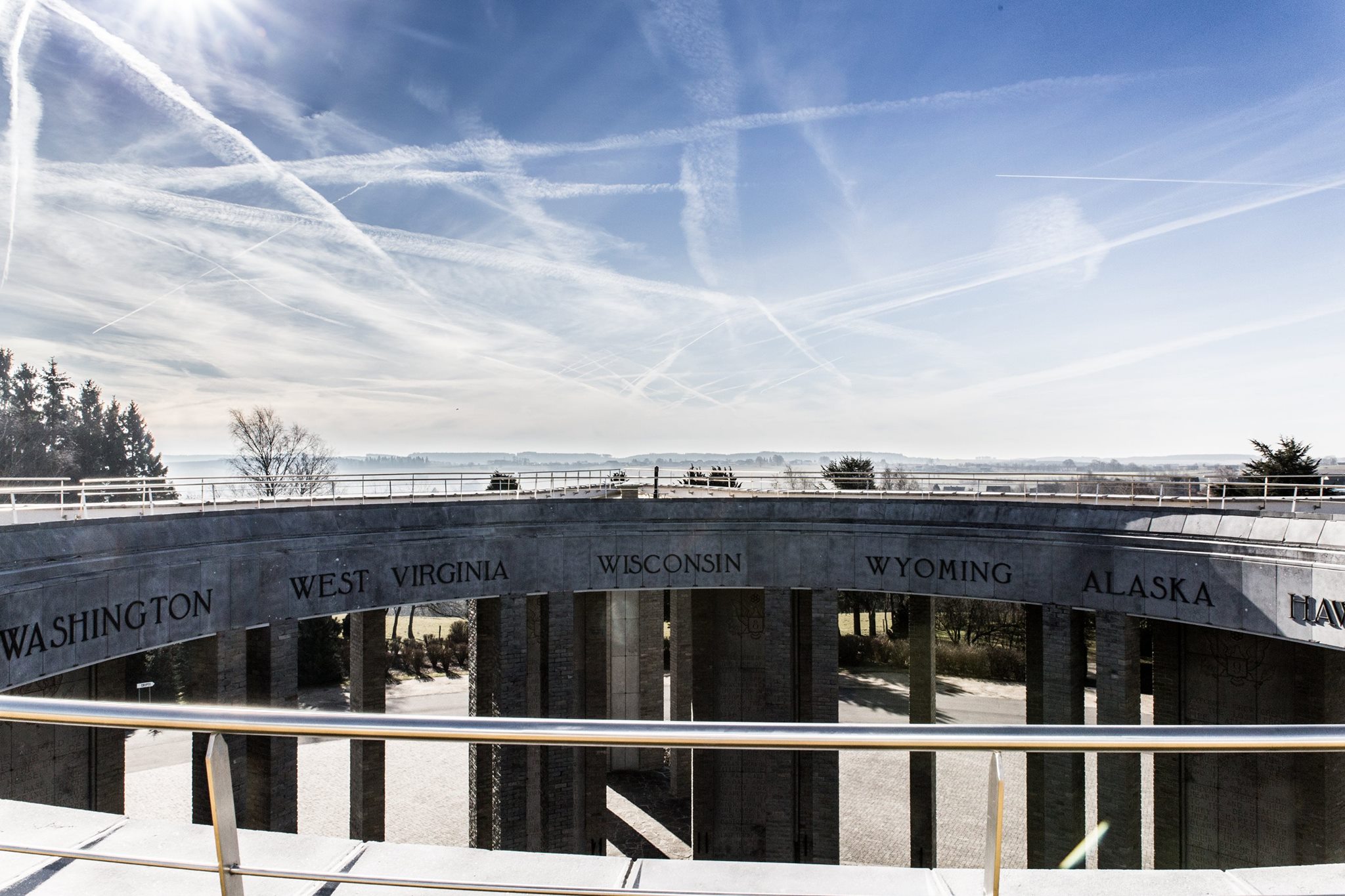 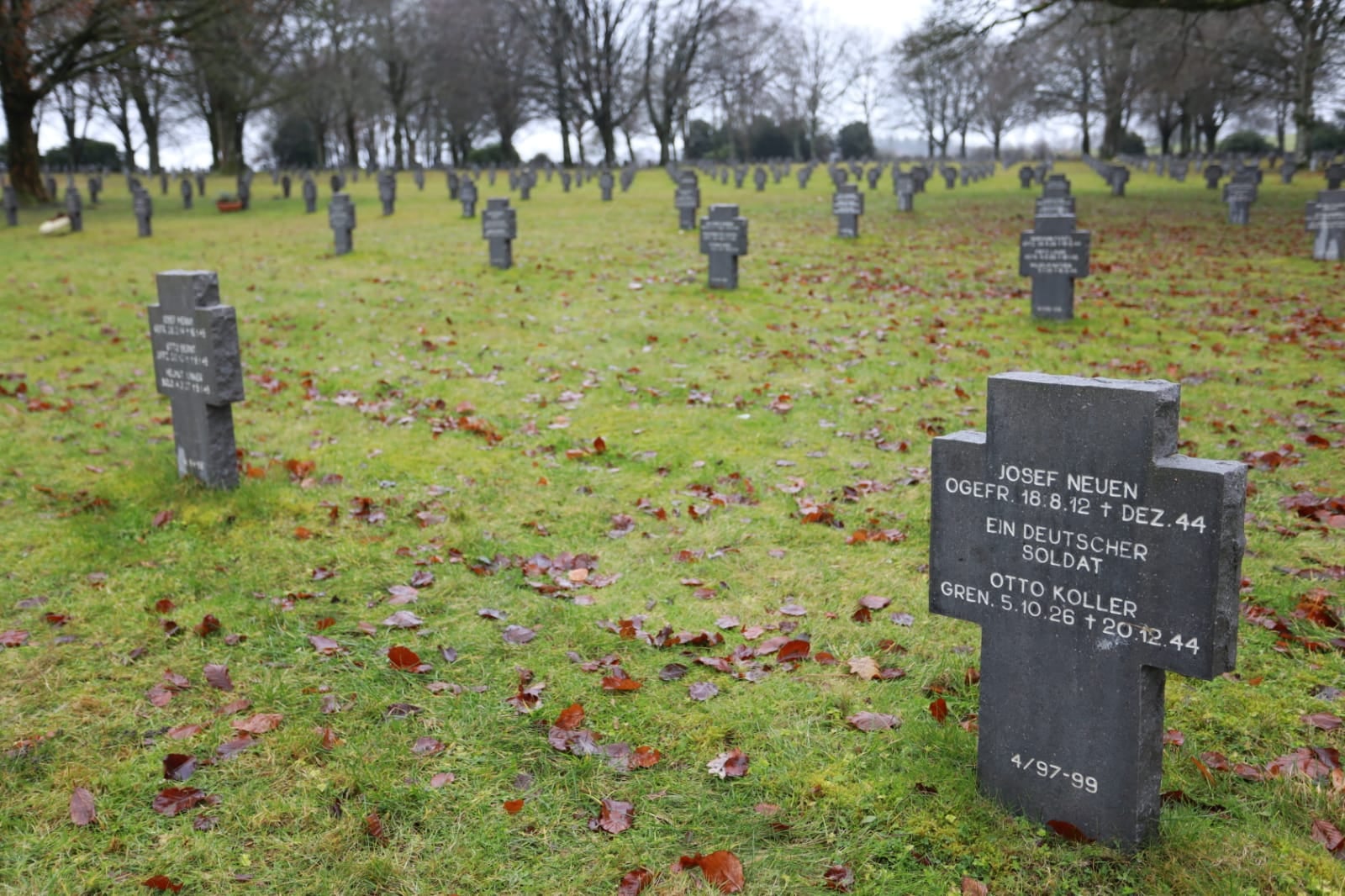 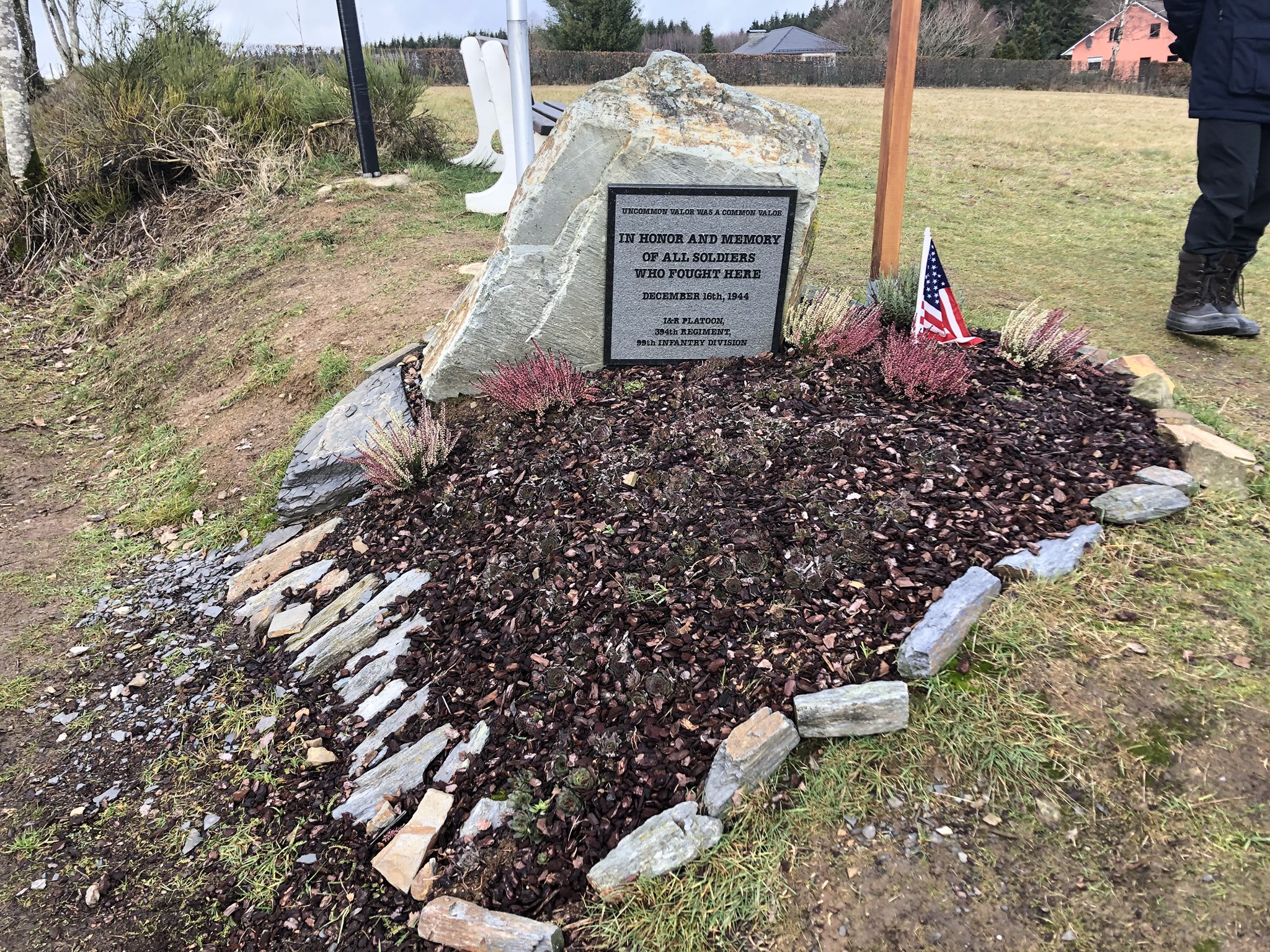 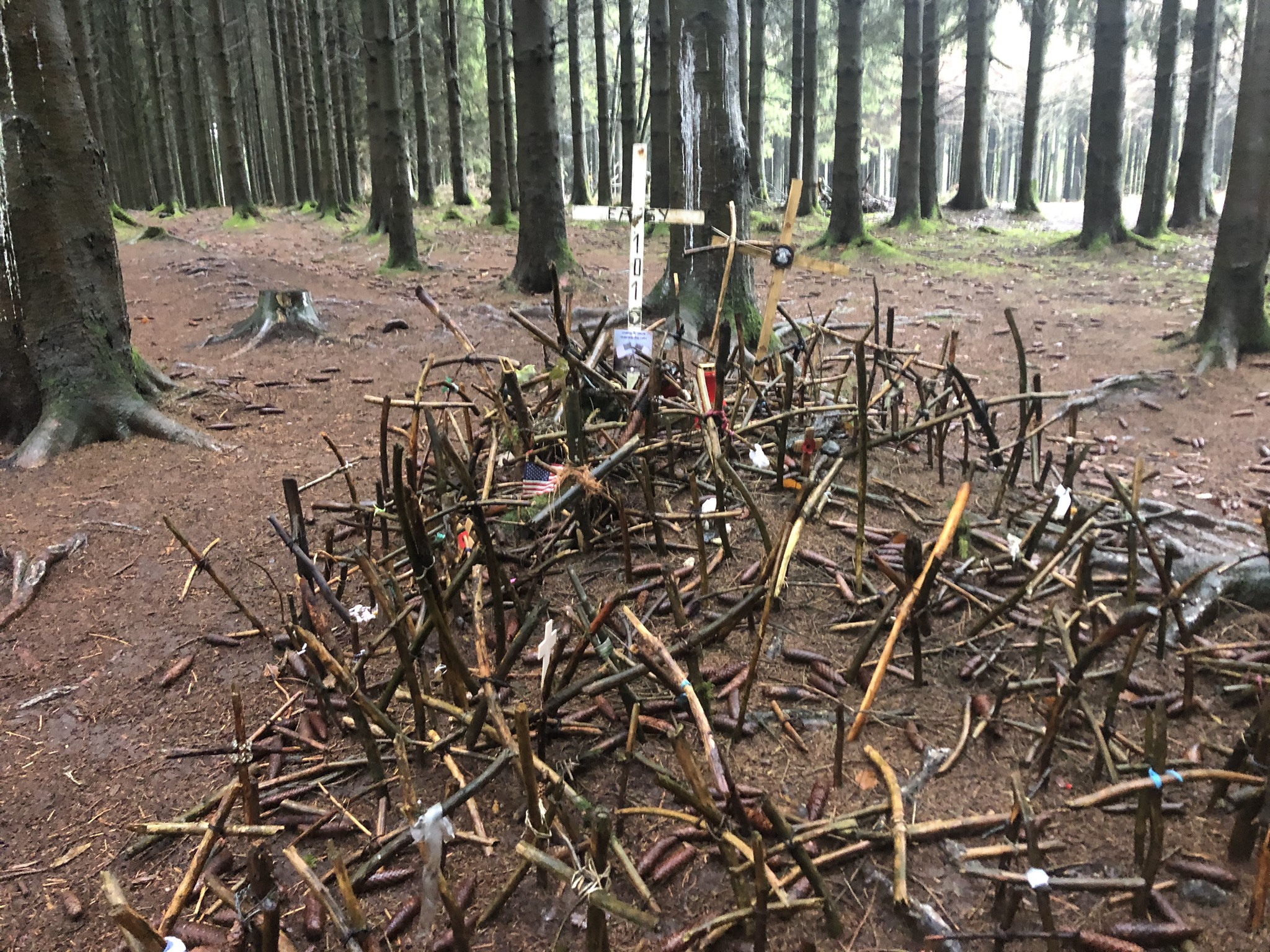 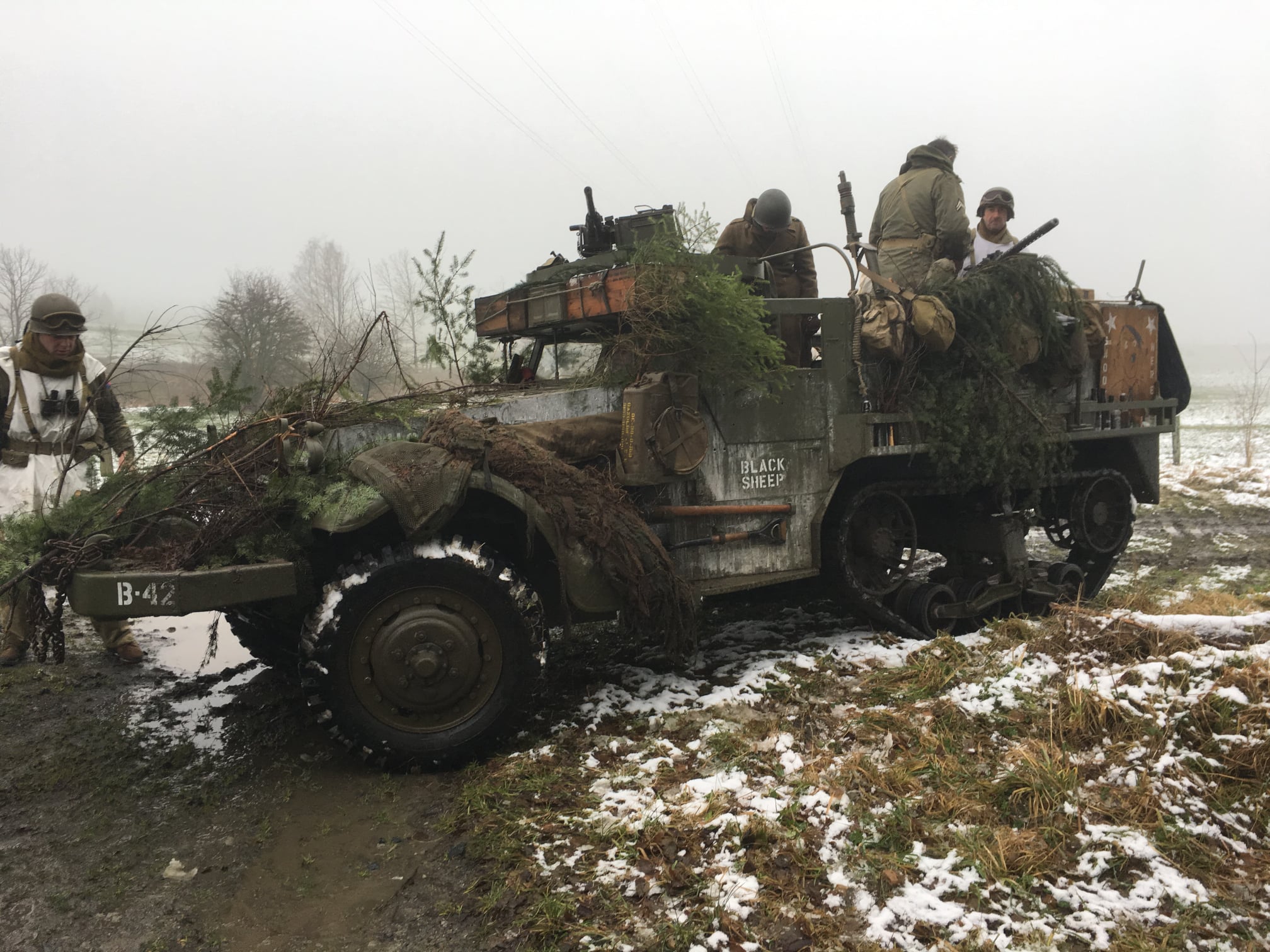 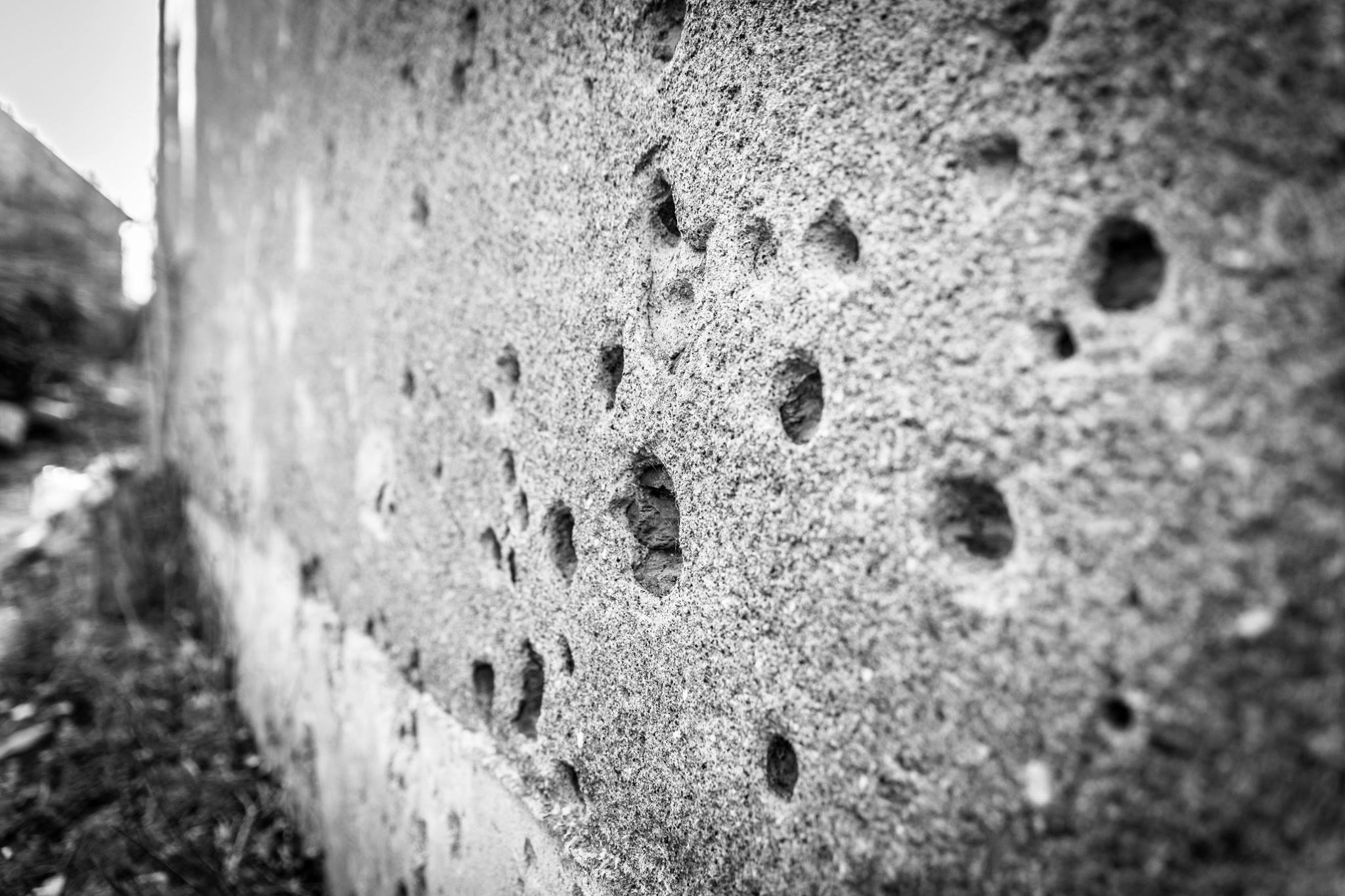 In December 1944, when the Allies had advanced unto the Belgian Ardennes, they were completely surprised by three German armies. This was the beginning of the Ardennes Offensive or ‘Battle of the Bulge’. It was a last desperate attempt of the German Wehrmacht to cut through the allied lines. The battle lasted more than six weeks and took many lives on both sides.

In September 1944 the allied forces had reached the line from Luxembourg to Antwerp. Then Hitler decided to start a last counteroffensive in the Ardennes. He had to wait for bad weather conditions, with clouds and fog, to prevent the Allies from using their superior air force. Finally the battle was launched on 16 December 1944. The 6th Panzer SS Army, the 5th Armored Army and the Brandenberger’s 7th Army marched into the Ardennes. 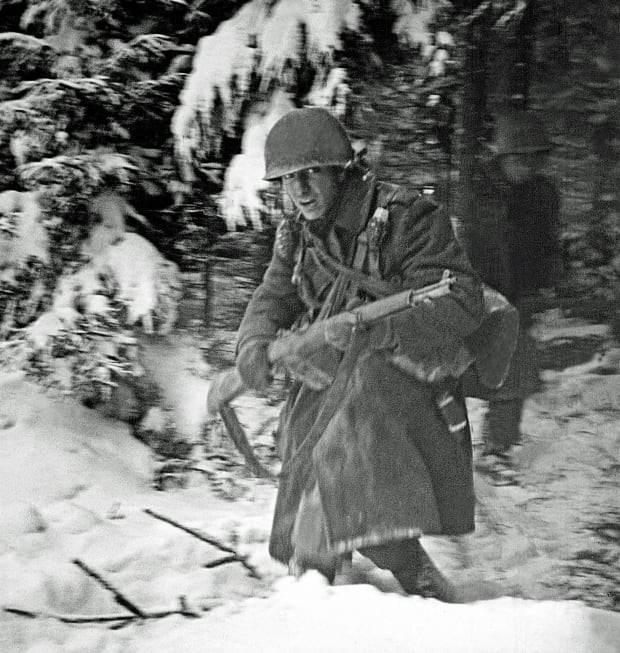 With this operation, codenamed Wacht am Rhein, Hitler wanted to split the allied armies by a surprise counteroffensive. He wanted to seize the bridges over the Meuse River in order to advance further via Liège to the port of Antwerp. On the American side the surprise was complete. But unlike the offensive campaign in May 1940, the Ardennes Offensive was no quick success. The wheather conditions were worse, the allied air force was much more powerful. By mid-January 1945 a lack of fuel forced the Germans to simply abandon their vehicles, which was fatal to Hitler’s ambition.

Retrace the steps of the American soldiers during the battle of the Bulge, relive the sights, sounds, and smells of war as you visit the buildings, forests and dugouts where soldiers suffered unimaginably, fought ferociously, and earned the highest awards of bravery. 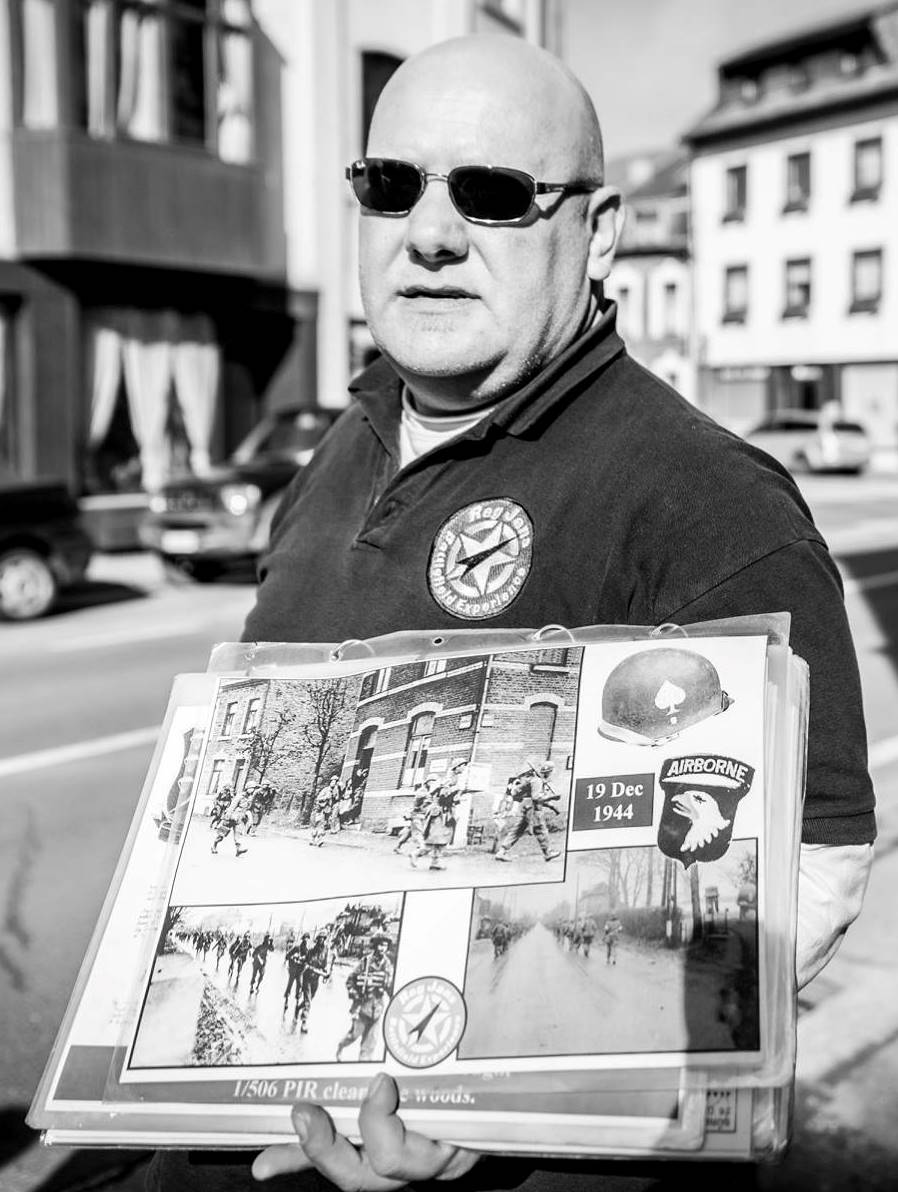 This Battle of the Bulge tour gives you a general overview on the Battle for Bastogne. The German Lines of Attack and the American Lines of Defense. Reg shows you the actual battlefields , foxholes , bullet holes which still remain today. You will visit the sites of the 101st Airborne Division and follow Patton’s trail into the city hereby using lots of original photo’s and personal accounts that were given to me by the veterans themselves. With this tour will visit the woods where Easy Company of the 506 PIR was dug in , talk about Team Cherry , Team Desobry and Team O’Hara, and others. Battlefield Experience Reg Jans offers battlefield tours for both private and mixed groups around the Battle of the Bulge. Battlefield Experience Reg Jans can provide specific programs about the Battle of the Bulge for larger groups, schools and scouting groups.

The Battlefield Tours around the Battle of the Bulge require motorized transport because of distance and tour length. Battlefield Experience can provide transport for groups up to 8 persons. Groups larger than 8 persons will have to provide for (additional) transport themselves. The American Experience Tour takes a full day.

Duration
The tours in the Ardennes takes a full day. Combination with other tours into a multiple day tour is possible.

Price, bookings and payment
Different prices for a private tour may apply depending on group size. By submitting a booking you agree to our terms and conditions. After receipt of you booking request we will verify availability on the tour date(s) requested. If needed we will contact you to discuss details or other options. Presuming a requested tour date is possible we will sent you a confirmation email containing an invoice stating the total amount due and the deposit amount (if applicable) needed to complete your booking. Full payment is due 10 days prior to the start date of the tour.

Europe Remembers on tour! about the Battle of the Bulge