The battle of Groningen 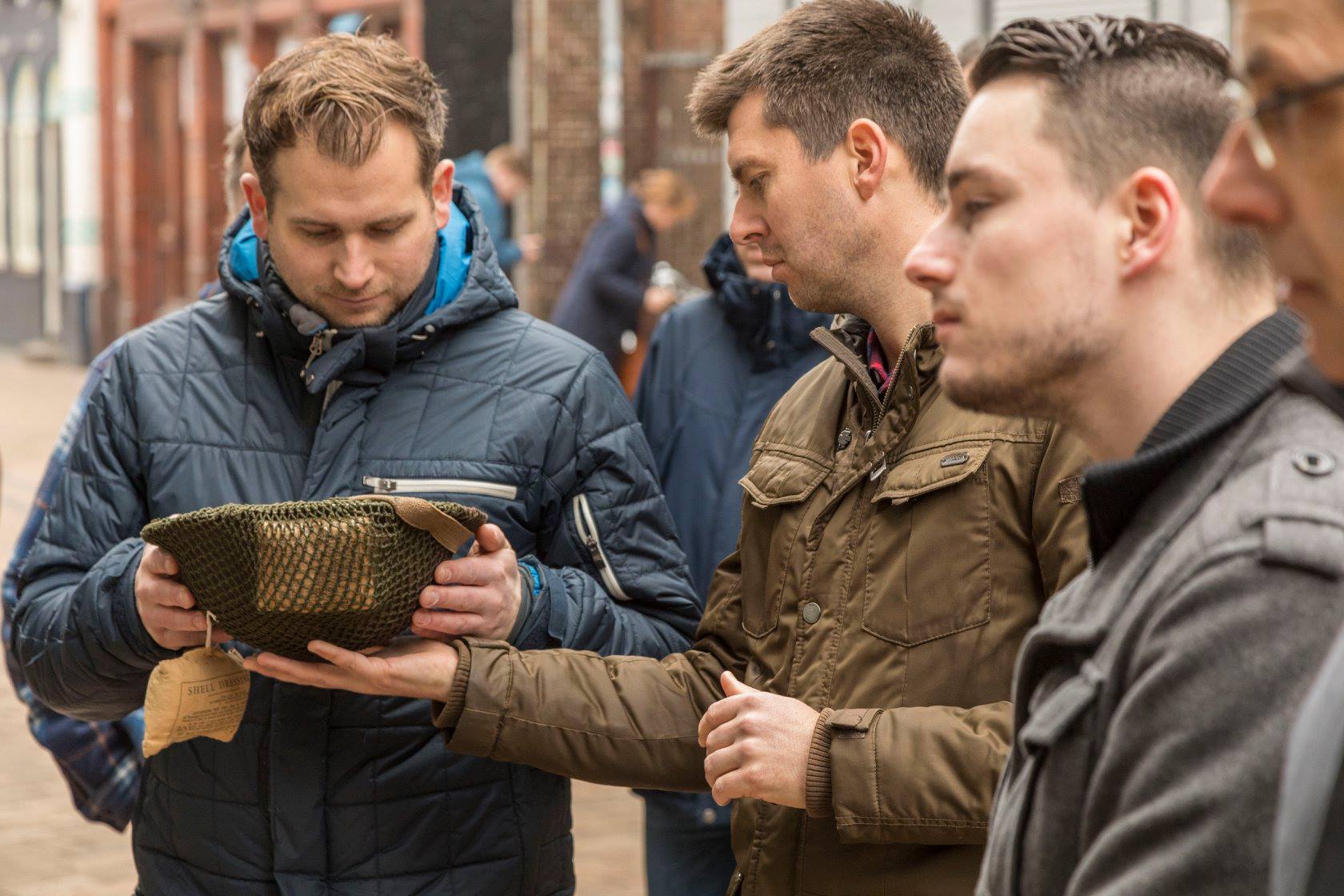 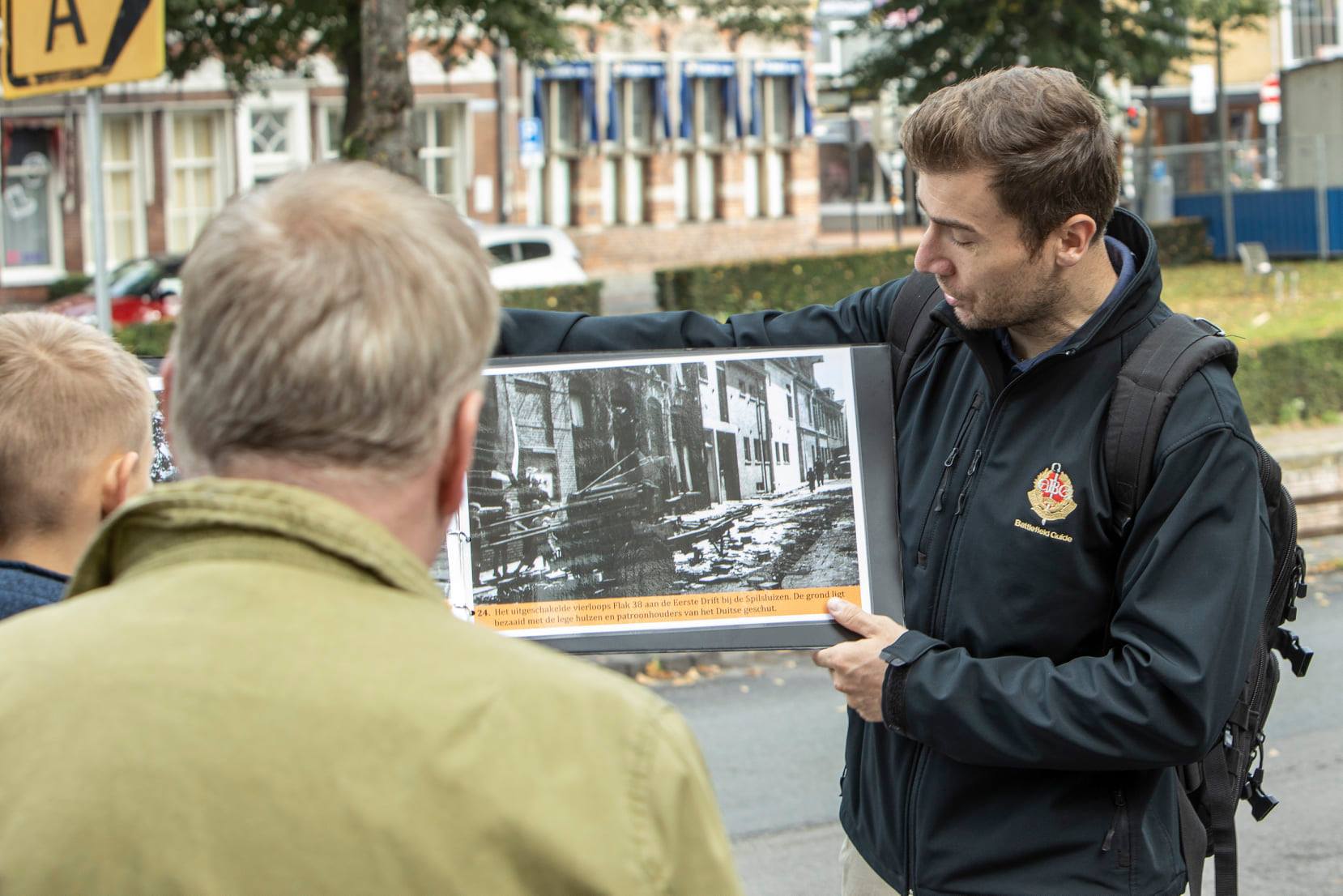 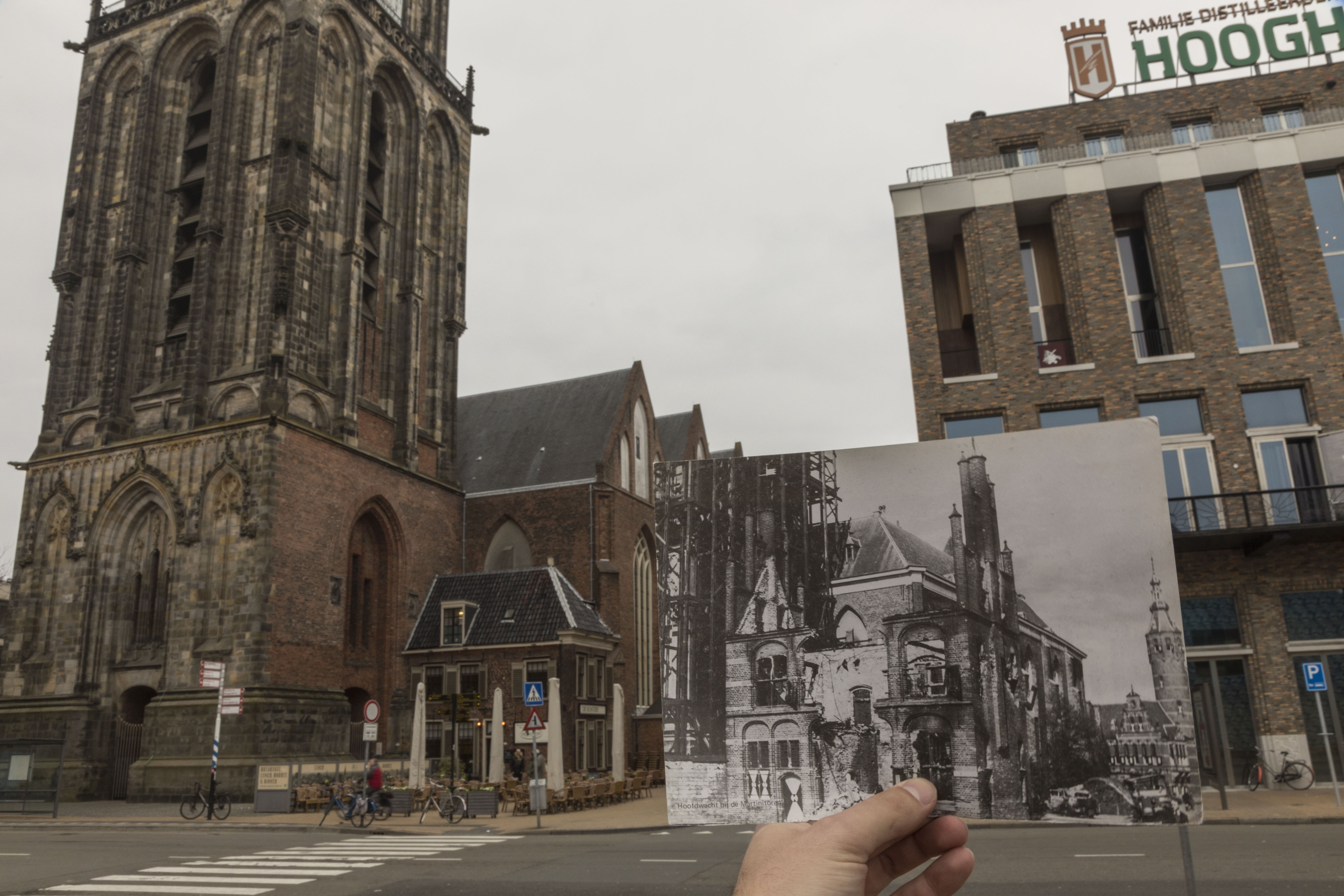 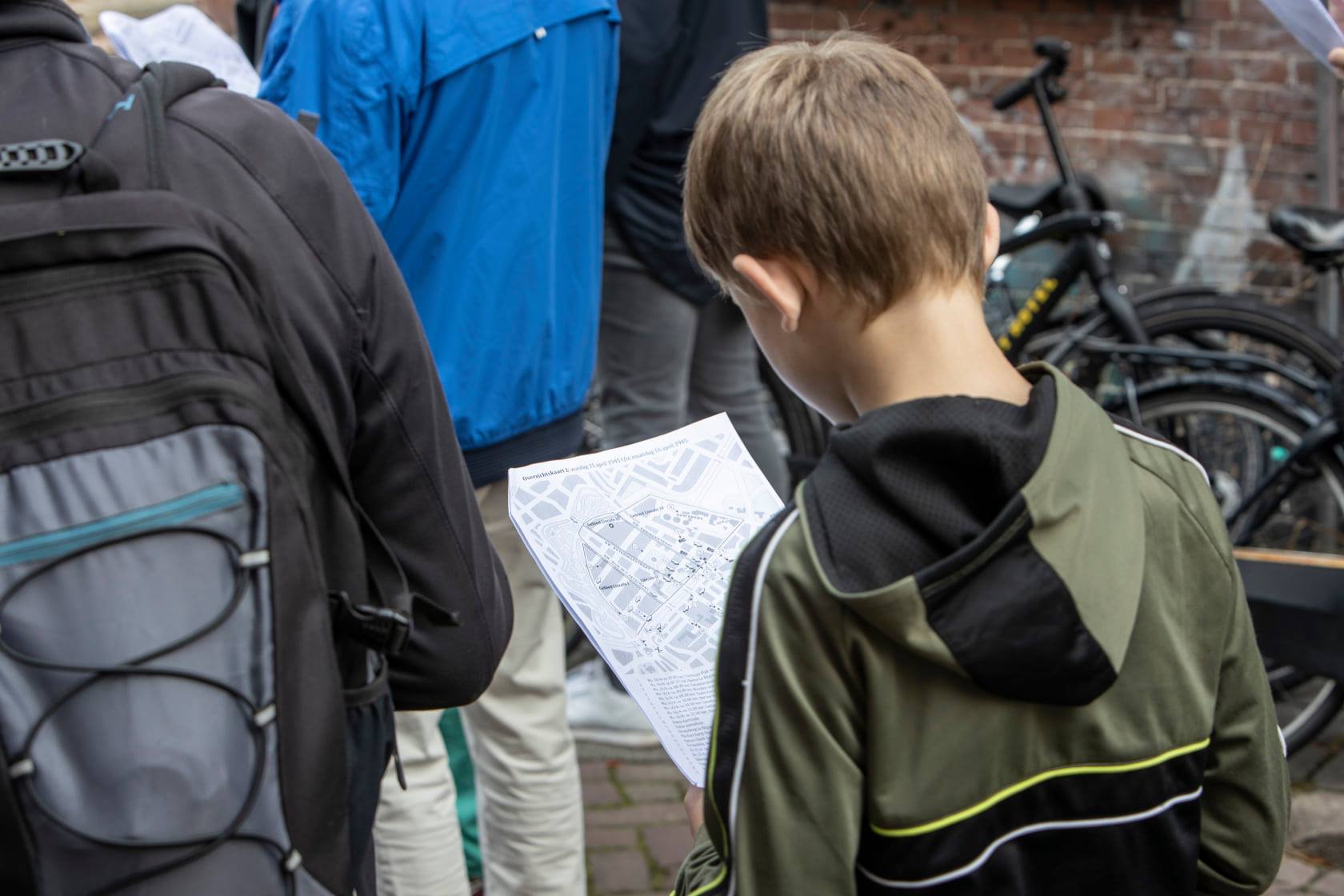 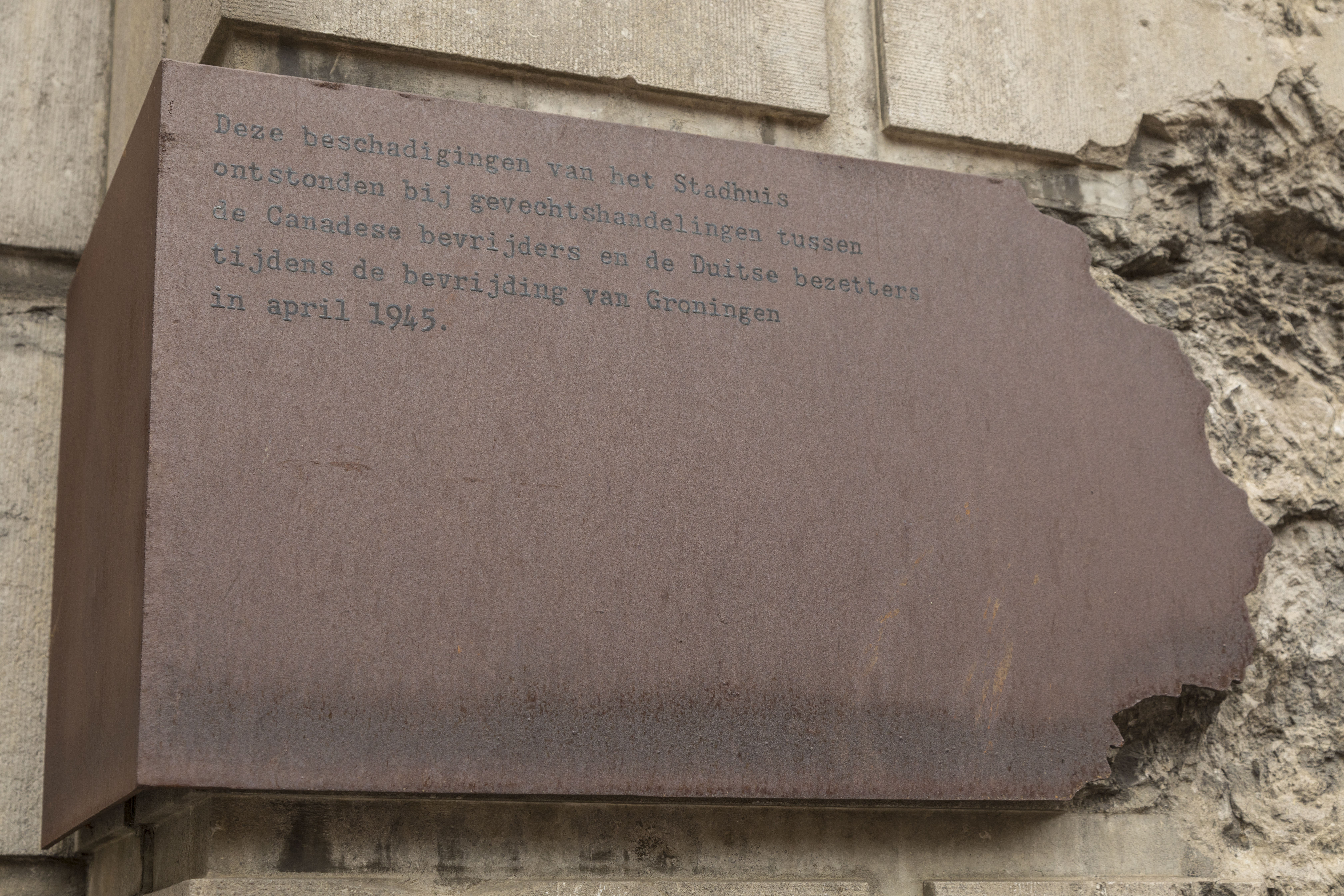 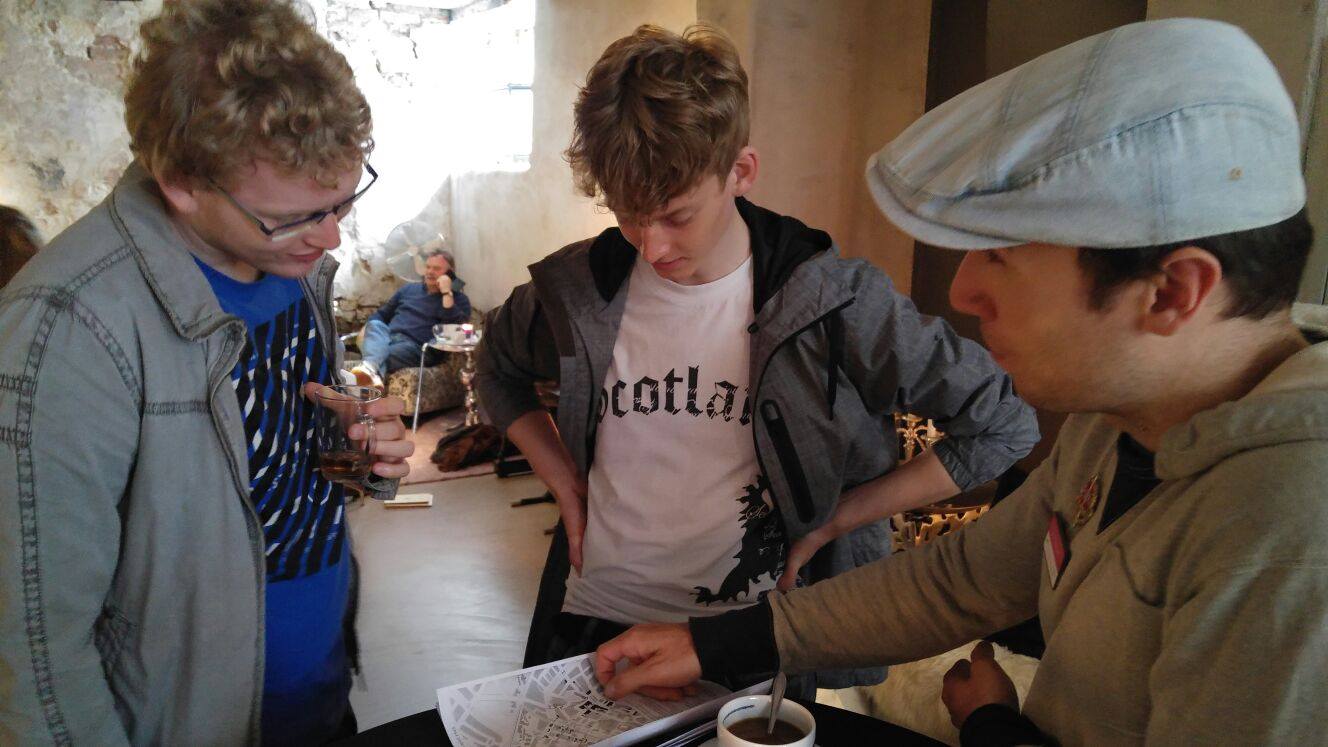 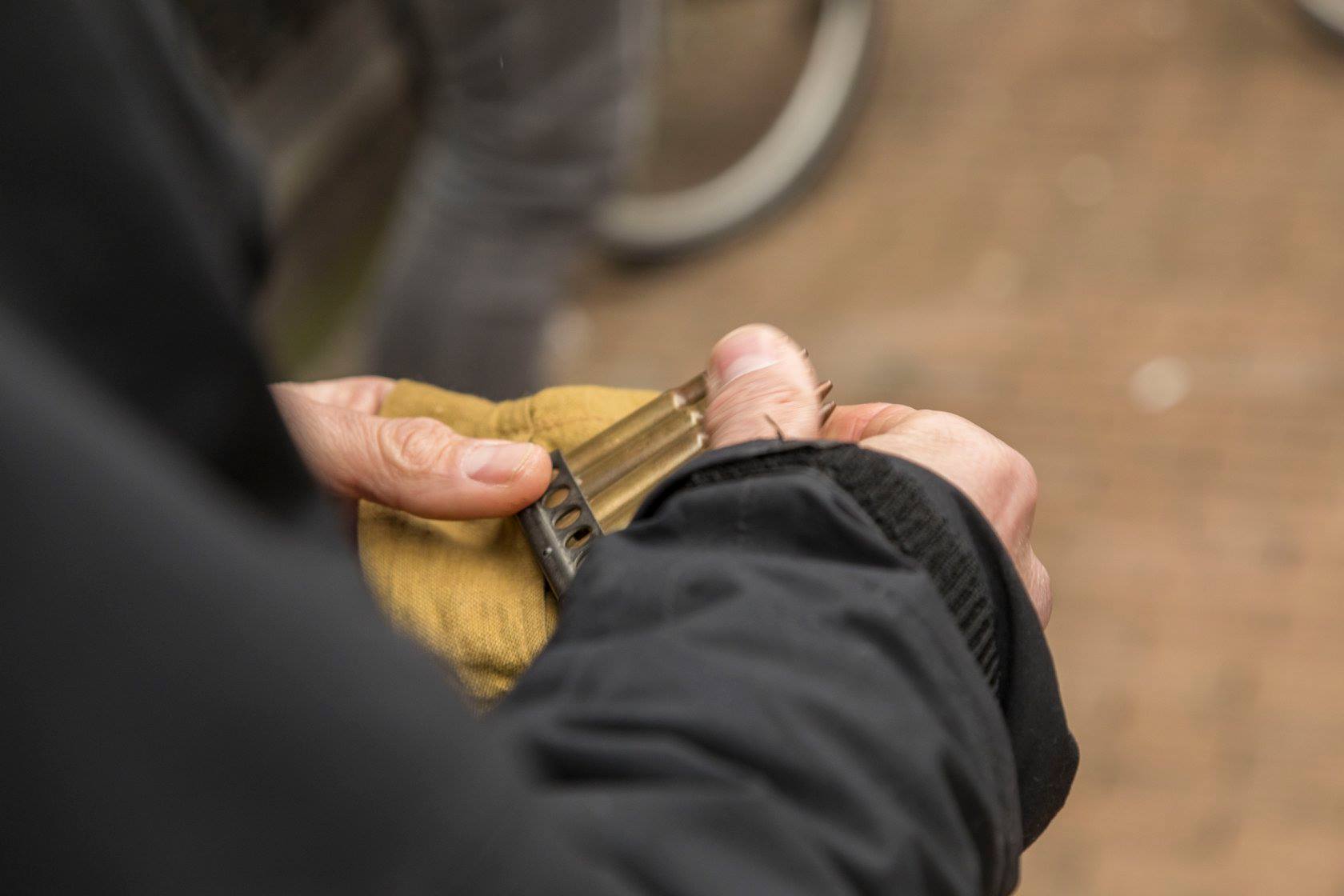 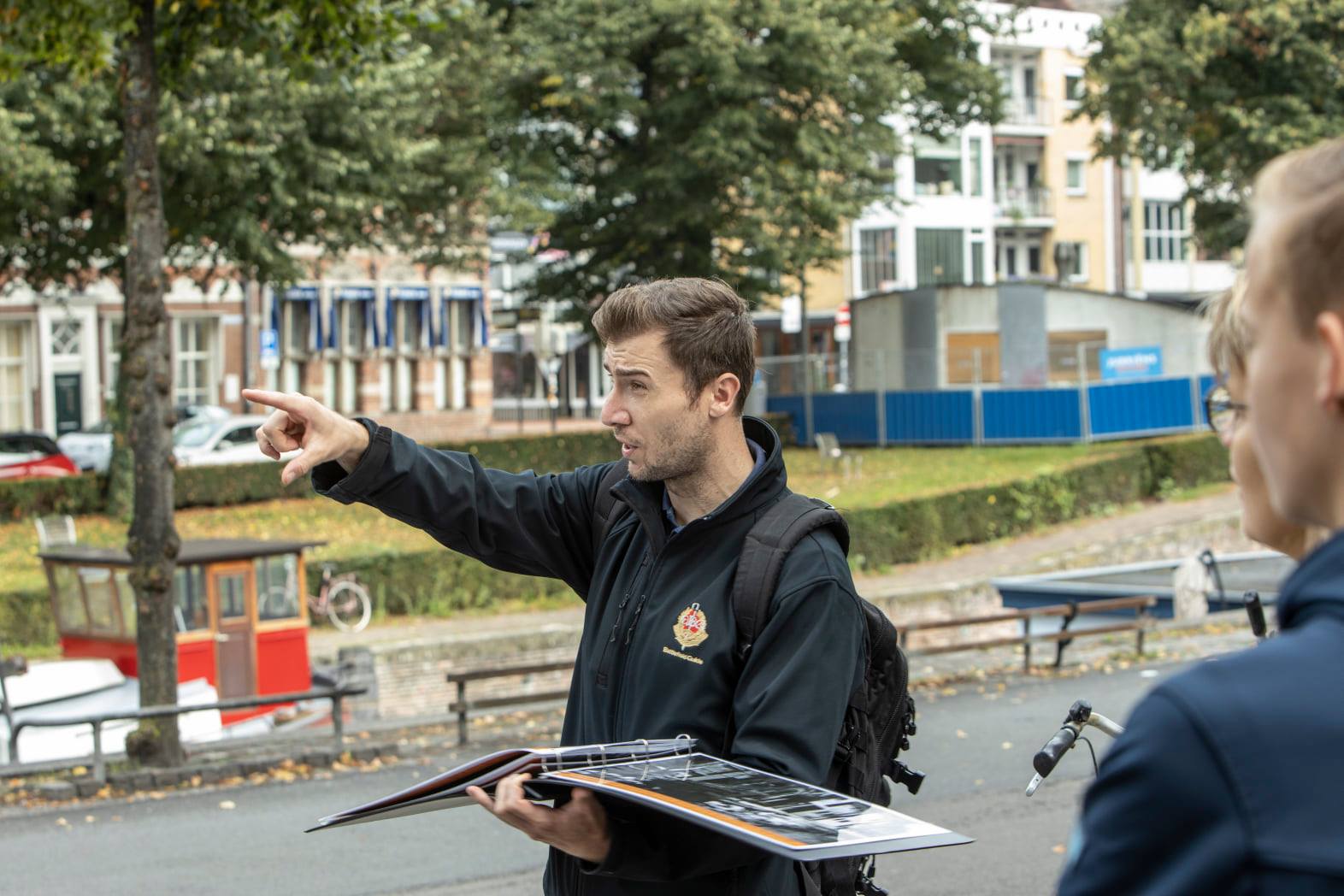 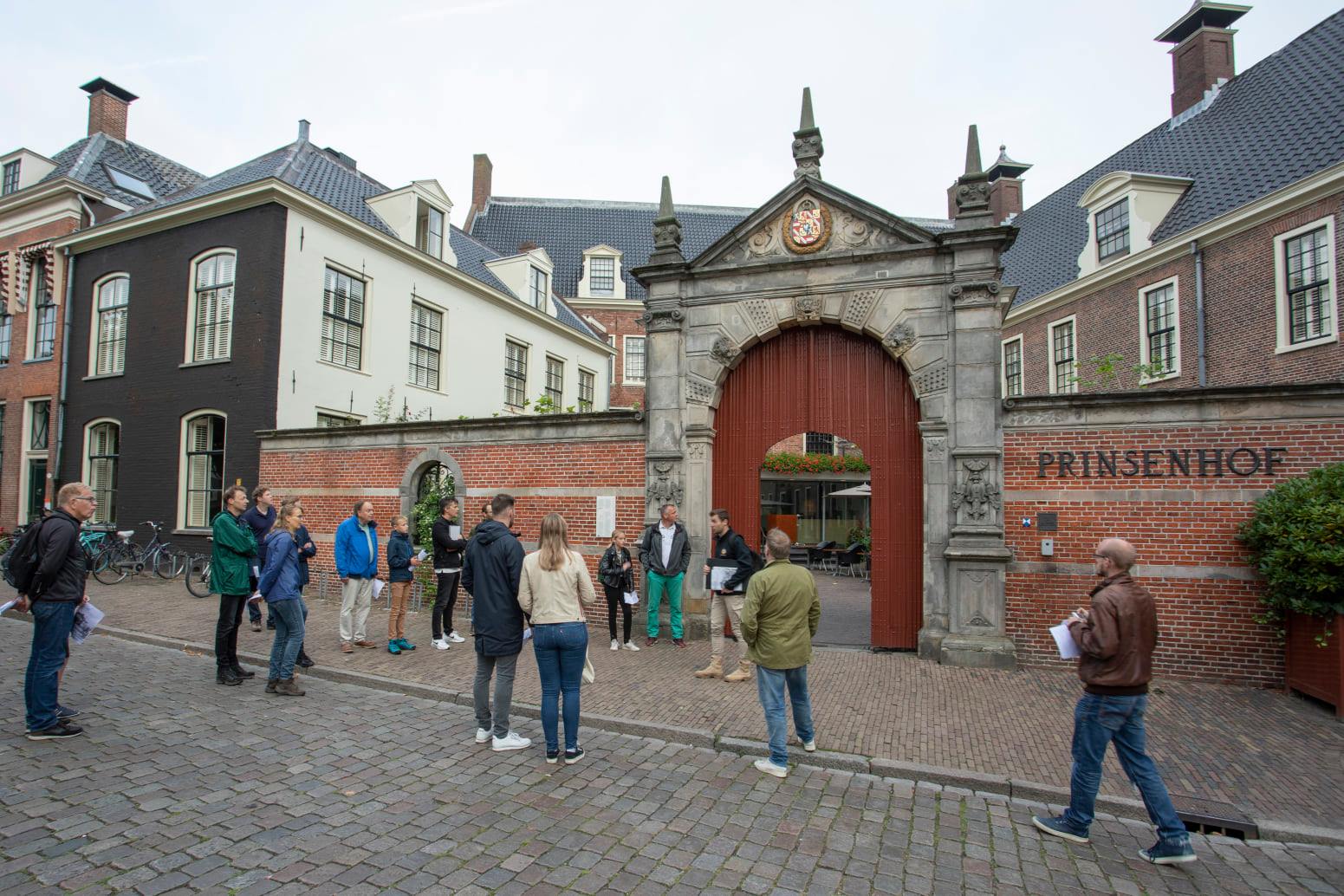 While the fighting in Ortona in Italy is regarded as the most famous example of Canadian urban warfare, in April 1945 a much larger battle was fought in the streets of Groningen, in the northern Netherlands. 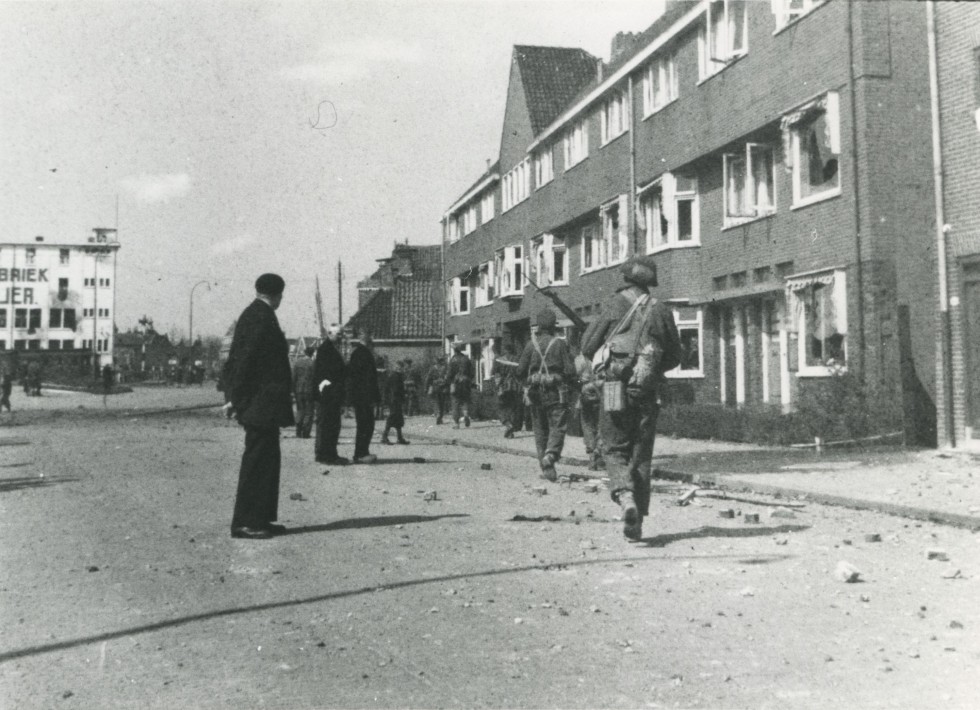 Canadian troops from The Royal Hamilton Light Infantry at the Paterswoldseweg.

The first major battle fought by 2nd Canadian Division in northeast Holland began on 13 April when lead elements reached the outskirst of Groningen. By midnight on Friday april 13th the Royal Hamilton Light Infantry with the aid of a local resistance volunteer, had cleared the outskirst around the Paterswoldseweg, but the cost of the day’s combat – eight killed and twenty wounded – suggested that Groningen might be a difficult problem.

Major-General Bruce Matthews met with his brigadiers and decided te commit the entire division, hoping to overwhelm the enemy as quickly as possible. The German command in Groningen structure was poor and the defenders had never exercised together, however, the Canadians had to fight four days to liberate the city of Groningen. The heaviest fighting took place around the central market square, where the enemy had fortified the houses along the north side of the largest open space in the inner city. These positions were overcome by manoeuvring tanks into position to destroy the buildings occupied by German Troops. 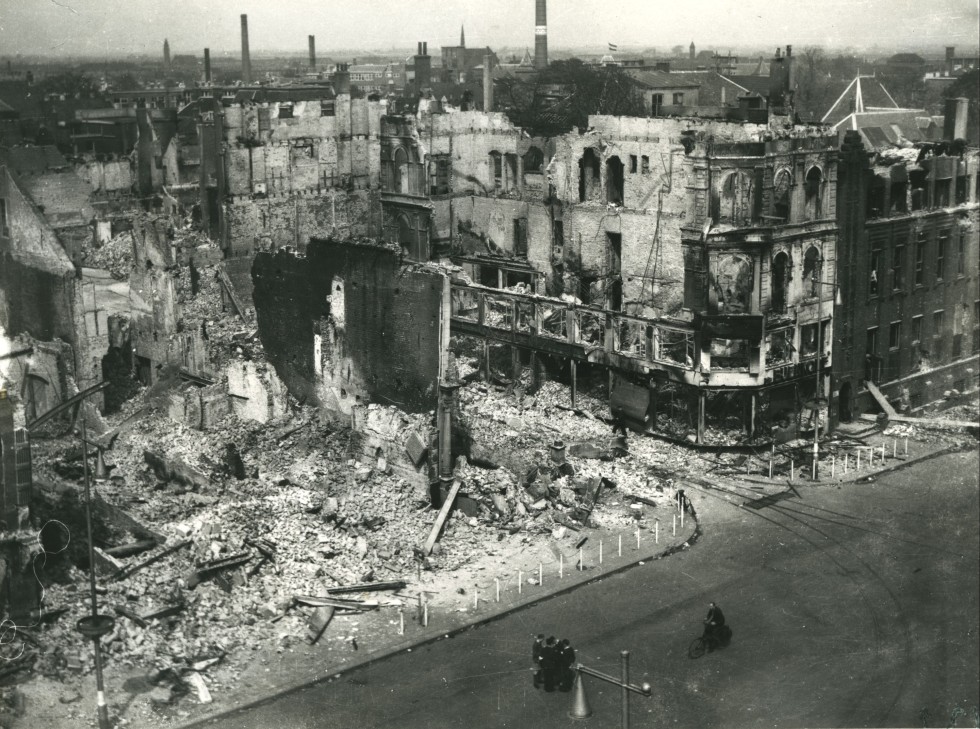 The Great Market in Groningen after the Liberation.

The German garrison commander finally agreed to surrender at noon on 16 April; the next day the last holdouts put down their weapons and joined their comrades in prisoner-of-war cages, which held 95 officers and 5,117 other ranks. The 2nd Division reported 43 fatal casualties and 166 wounded in the battle of Groningen. This was a high price to pay at this stage of the war, and the deaths of 110 civilians caught in the crossfire added to the tragedy.

Despite the civilian casualties and the destruction of 270 buildings, including many of symbolic and historical importance, the citizens of Groningen were determined to celebrate their liberation. The tours in Groningen takes your right up to the fields, streets, and the bridges all so heavily fought over. 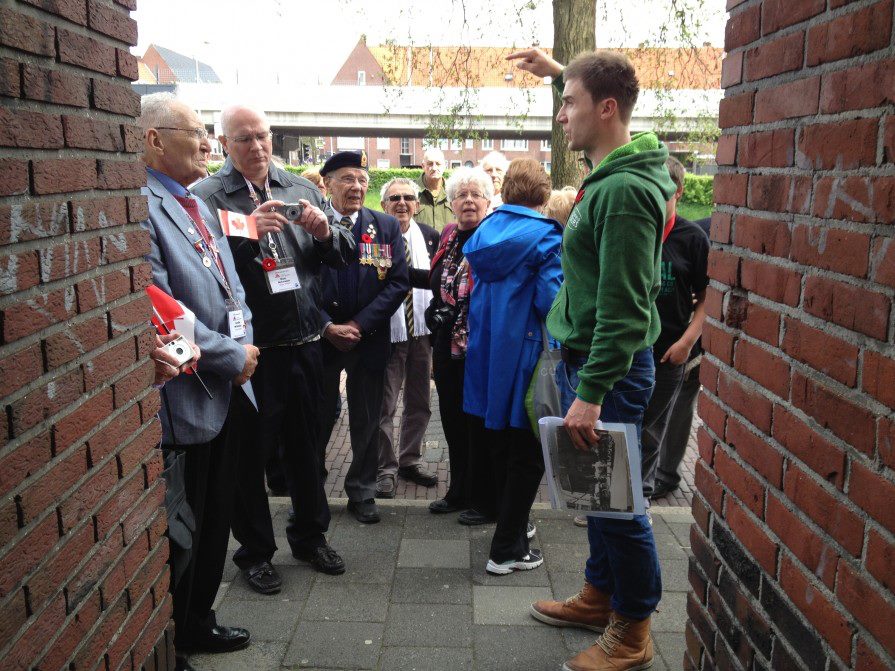 Duration
The tours in Groningen takes a half day. Combination with other tours into a multiple day tour is possible.

Price, bookings and payment
Different prices for a private tour may apply depending on group size. Prices, terms and conditions can be found here. You can easily book the tour via the booking form on this page, or by contacting us directly. By submitting a booking you agree to our terms and conditions.  After receipt of you booking request we will verify availability on the tour date(s) requested. If needed we will contact you to discuss details or other options. Presuming a requested tour date is possible we will sent you a confirmation email containing an invoice stating the total amount due and the deposit amount (if applicable) needed to complete your booking. Full payment is due 10 days prior to the start date of the tour.

Transport and pick up location
This is a walking tour. We start the Battlefield Tours from the tourist office on the Great Market in Groningen. If you arrive by plane, you will probably fly to Schiphol, Amsterdam’s airport. The easiest way to get to Groningen is by train. There is a direct train from Schiphol to Groningen, which leaves every hour. You can plan your train using the journey planner of the Dutch railways. You should select Schiphol as your departure station and Groningen as your destination. Groningen has an excellent public transport system. From the Central Station it only takes you several minutes to walk to the city centre. Just cross the Werkmanbridge connecting the station and the Groninger Museum. You can also take a bus or taxi. All busses depart from the Central Station. Overnight accommodation is as varied as the city and province of Groningen itself. A small selection includes nostalgic renovated farms, camping out on a farm, and the four-star De Ville hotel. Book overnight accommodation via this website.

Canadian Army Newsreel, No. 70 about the Battle of Groningen