In broad daylight the three parachute infantry regiments of the 101st Airborne Division descended with amazing accuracy on designated drop zones in Nazi-occupied Holland. It was September 17, 1944, and the Screaming Eagles were to play a vital role in Operation Market-Garden. 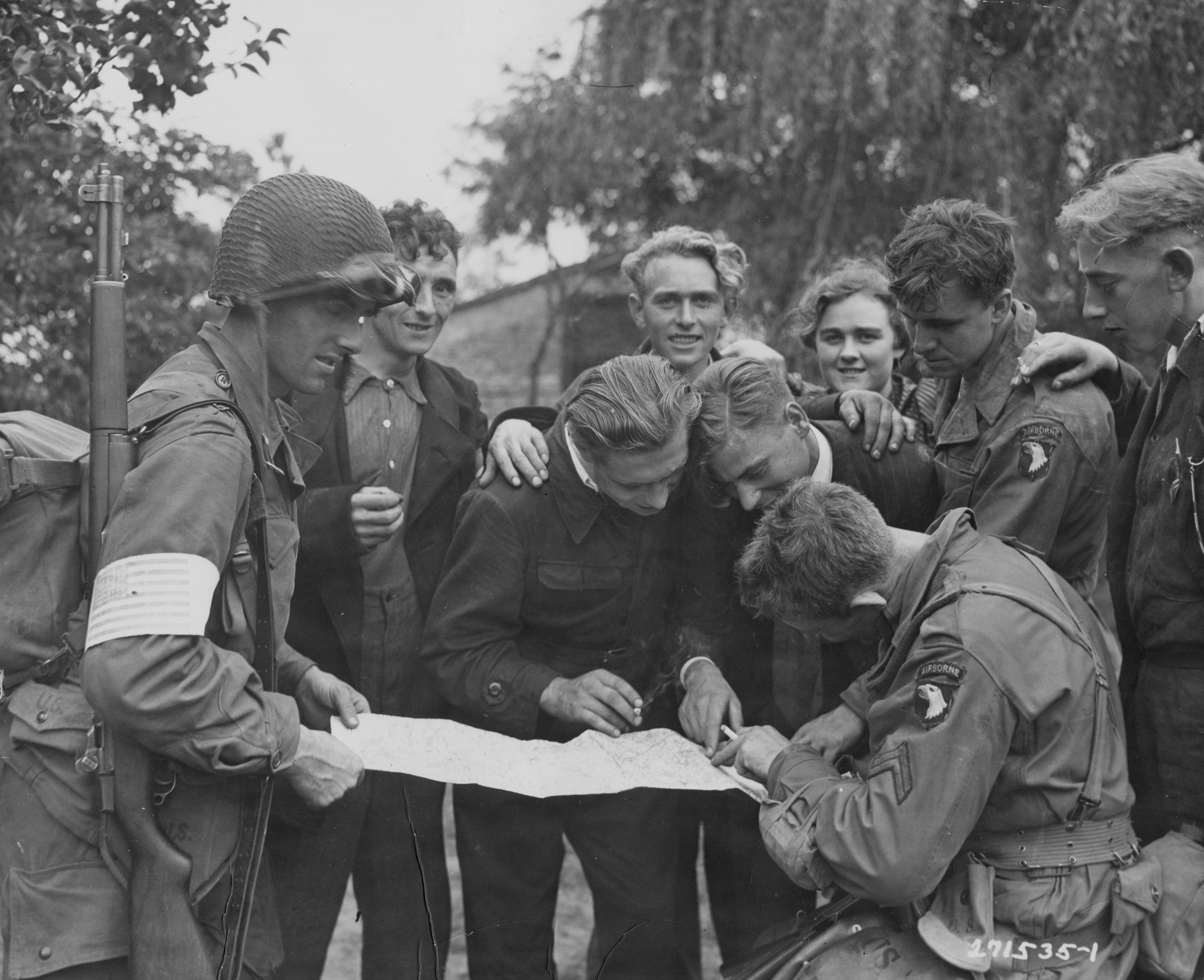 Although it became apparent that Market-Garden was a strategic failure, the men of the 101st Airborne Division could say that they had done their part admirably.

The northern flank of the Allied armies was extended 65 miles across two canals and the Maas and Waal rivers, while a considerable amount of Dutch territory had been freed from Nazi occupation. The division had killed many Germans and captured 3,511, while suffering 2,110 casualties itself.

Duration
The tours in Eindhoven and surroundings takes a full day. Combination with other tours into a multiple day tour is possible.

Transport and pick up location
This is a bus tour. We start the Battlefield Tour from the central train station in Eindhoven. If you arrive by plane, you will probably fly to Schiphol, Amsterdam’s airport. The easiest way to get to Eindhoven is by train. There is a train from Schiphol to Eindhoven, which leaves every hour. You can plan your train trip using the journey planner of the Dutch railways. You should select Schiphol as your departure station and Eindhoven as your destination. Overnight accommodation is possible in Eindhoven or Nijmegen. Book overnight accommodation via this website.