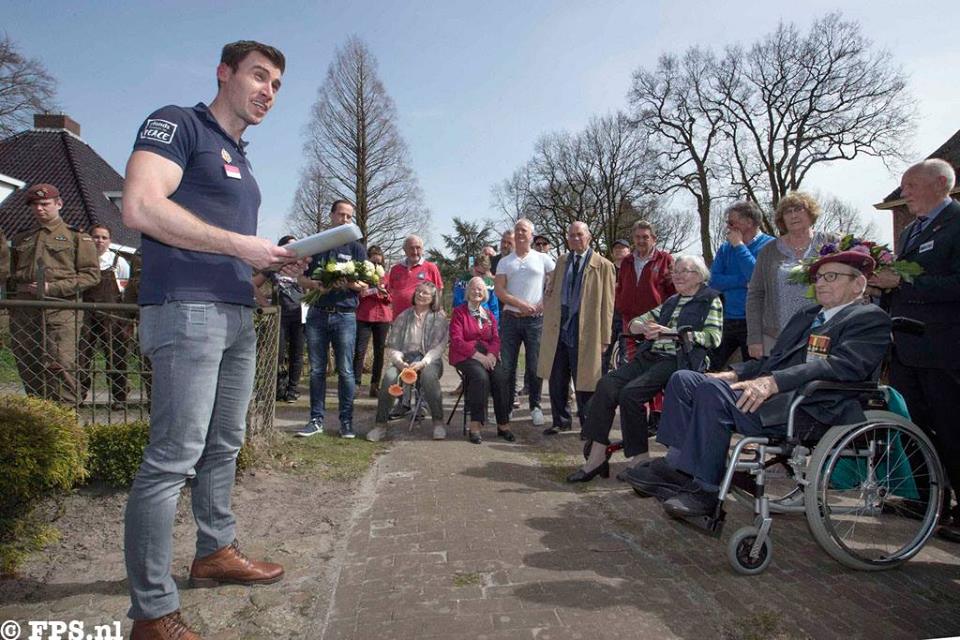 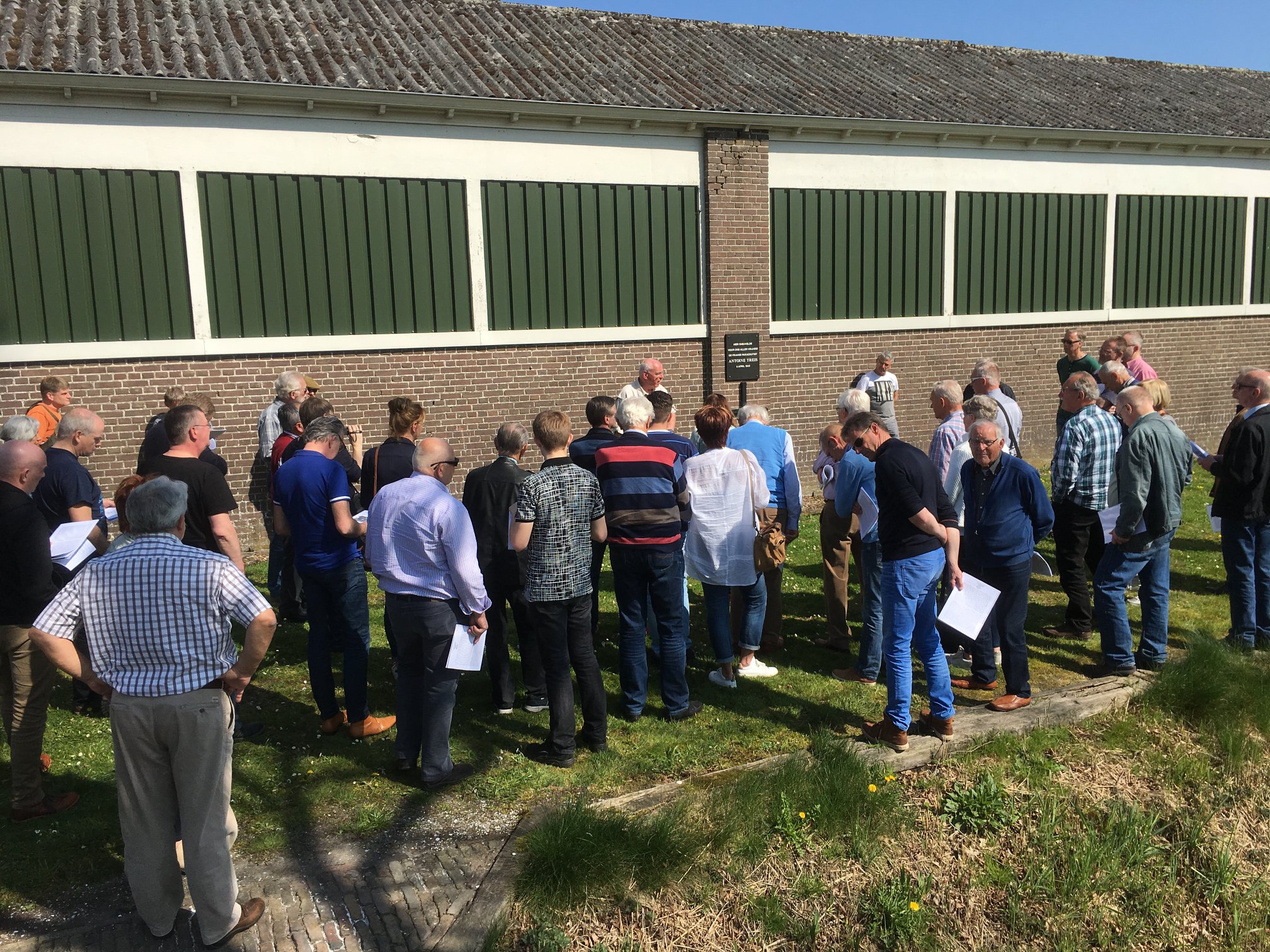 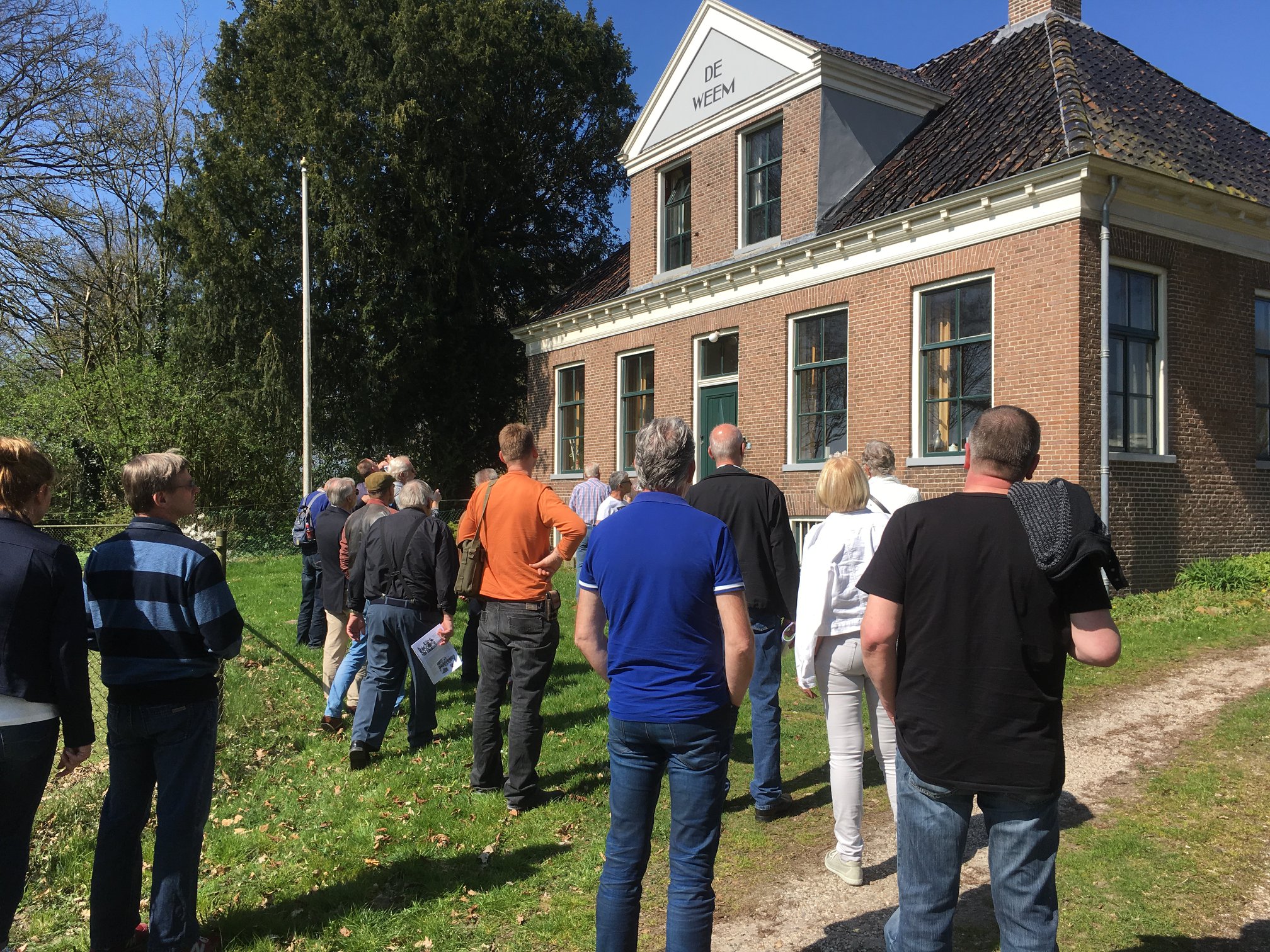 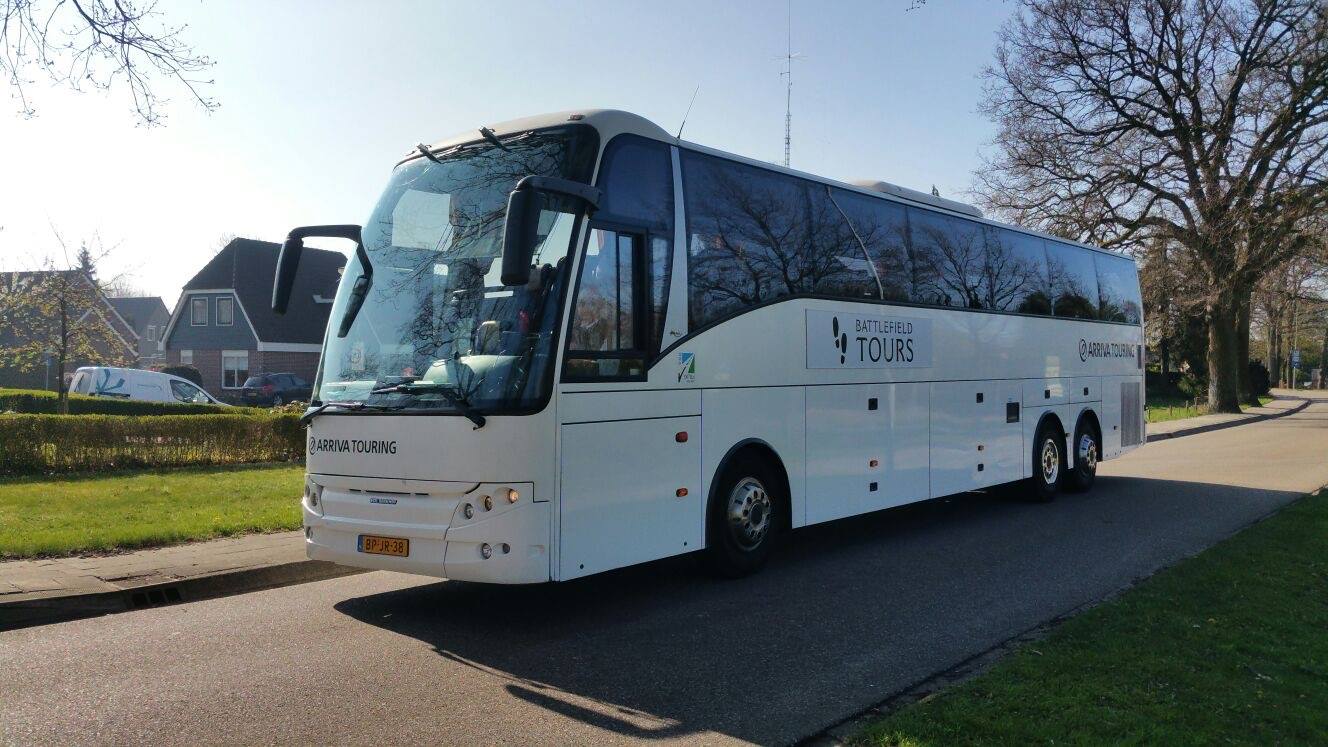 During the night of Saturday 7 to Sunday 8 April 1945 the last parachutist operation in The Netherlands started over the (eastern) province of Drenthe. The dropping of 702 French (SAS) paratroopers intended to support the further advances of the Second Canadian Army Corps to the city of Groningen

On Saturday the 7th of April around 21:00, 46 four engined bomber aircraft with two French battalions of the SAS-Brigade (“Régiment de Chasseurs Parachutistes”) took off from three secret military airfields in the south east of England. This started Operation Amherst in earnest. During their “largage” (dropping), the circumstances for the paras were unfavorable as had been foreseen. The following factors were to be blamed for that: the visibility, the jumping level and the radar operation. Because of the wind speed of 25 km/h the sticks of 15 men were spread over a larger area. 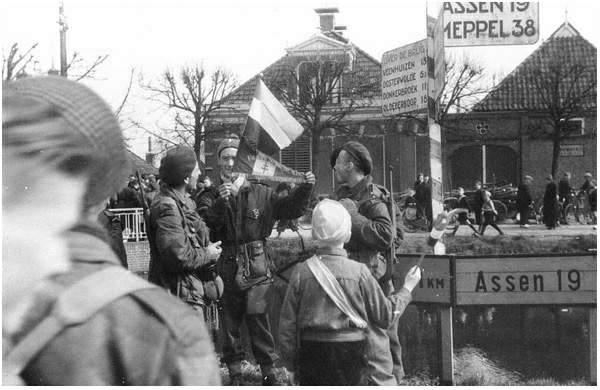 Commander Kapitein Pierre Sicaud from the 2e Company 3 R.C.P. with the French flag at the bridge in Appelscha, april, 13th 1945.

The fighting developed quickly after the landings in the province of Drenthe and a part of south east Friesland. Some sticks were unfortunately landing on a German convoy, after which their regrouping became rather impossible. Other sticks successfully set up ambushes, mainly in the northern woods of Drenthe. And of course the paratroopers started commando actions often successful, others less fortunate.

In Gasselte four sticks attacked successfully the NSKK command post (NSKK = Nationalsozialistisches Kraftfahrer Korps, which was a transport unit of the German Army often manned with Dutch volunteers). Here 18 Germans, amongst whom two officers, were captured and transmitted to the surrounding woods, and some got wounded. A French para lost his life. In the evening the Germans returned from Borger to Gasselte and locked the whole of the male population inside the church, this because of suspected help to the French troops. The occupying forces consequently started preparations to shoot all hostages. Fortunately this “almost drama” ended well. Sixteen civilians were imprisoned in Assen and liberated by the Canadians on 13 April.

The losses on the French side totaled 34 men (5 officers, 7 warrant officers and 21 corporals/soldiers). 32 of them were killed in Drenthe and 1 in Friesland (Haulerwijk). In total the Germans executed 7 paras and during the landing two drowned, both in the immediate vicinity of Assen. Next to that the parachutists counted 60 seriously wounded (including those that suffered from broken bones) and 69 were carried off to POW camp Wesermünde. They were liberated on 30 April by the British units.

Duration
The tours in the province of Drenthe takes a full day. Combination with other tours into a multiple day tour is possible.

Transport and pick up location
This is a bustour. We start the Battlefield Tours from the train station in Meppel. If you arrive by plane, you will probably fly to Schiphol, Amsterdam’s airport. The easiest way to get to Meppel is by train. There is a direct train from Schiphol to Meppel, which leaves every hour. You can plan your train using the journey planner of the Dutch railways. You should select Schiphol as your departure station and Meppel as your destination. Overnight accommodation is as varied as the city and province of Drenthe itself. Book overnight accommodation via this website.