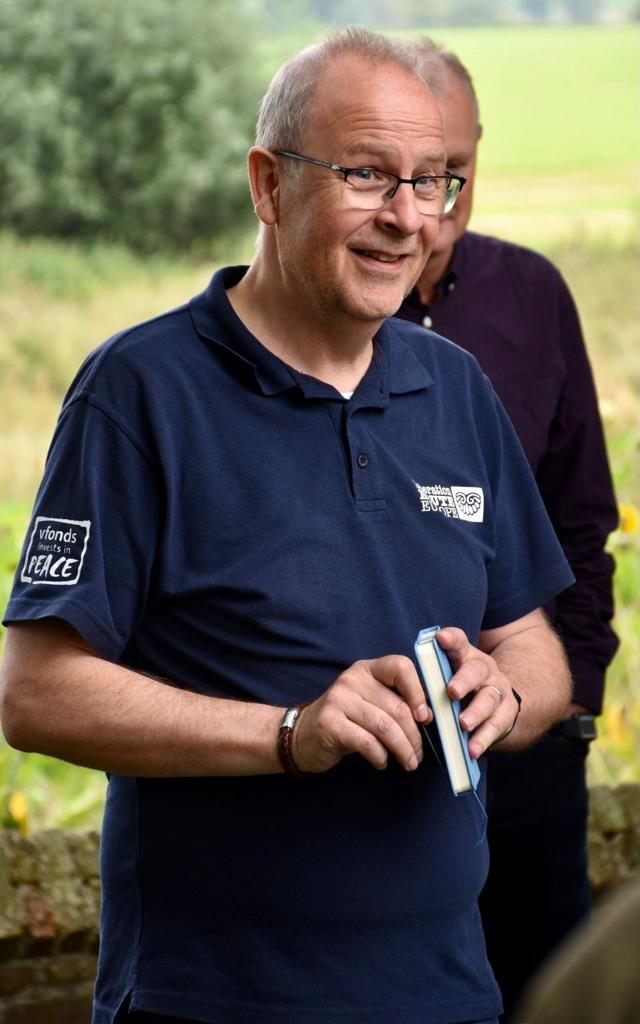 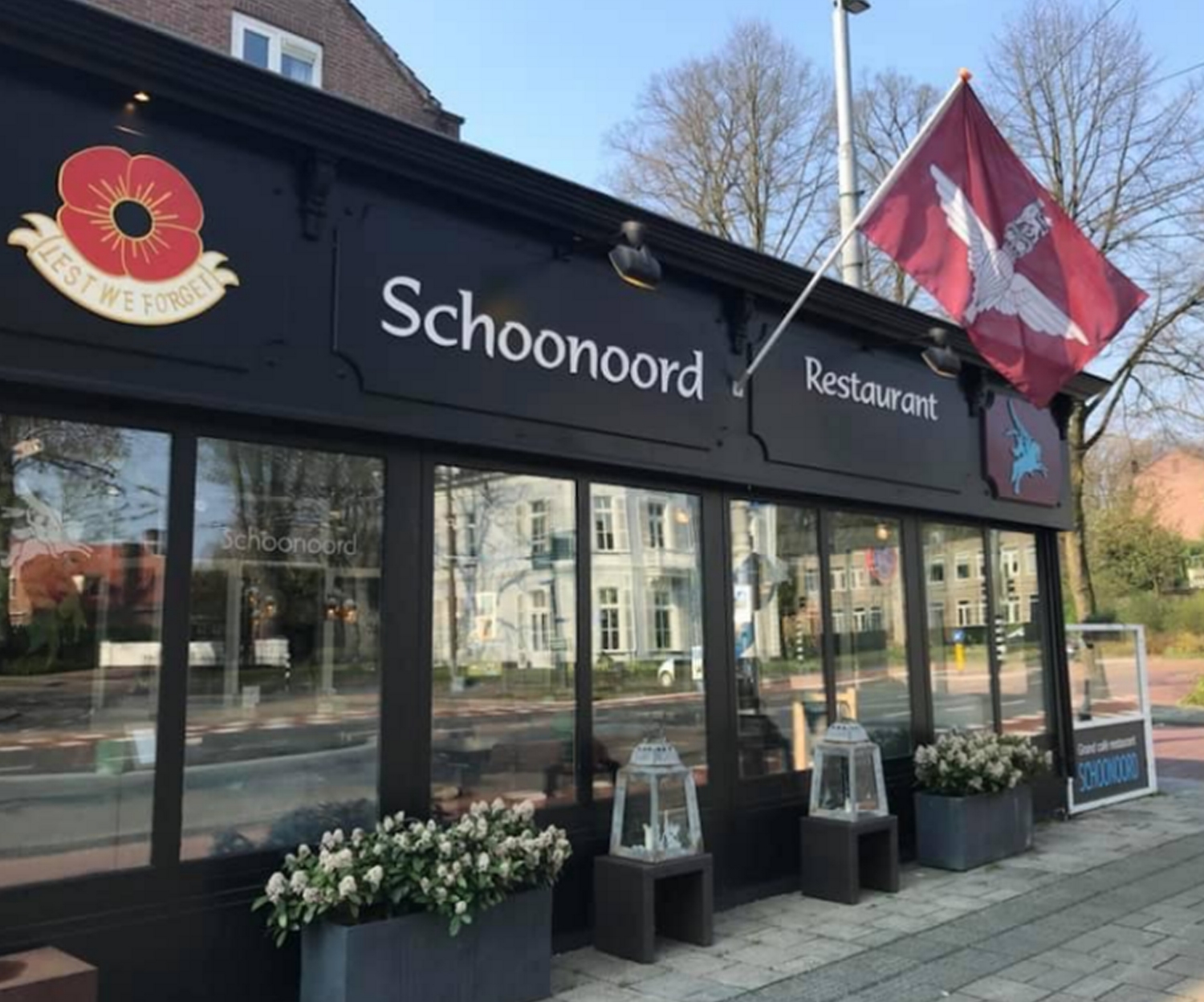 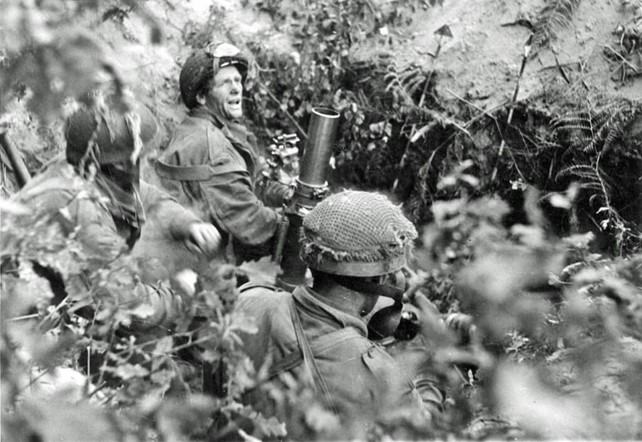 When it got clear the attempts to hold the Arnhem bridge was impossible during Operation Market Garden, the Commander of the 1st British Airborne division, Roy Urquhart ordered the Division to concentrate in the Oosterbeek area and form a defensive pocket that stretched down to the riverbank of the Rhine. This area is known as the Oosterbeek Perimeter. 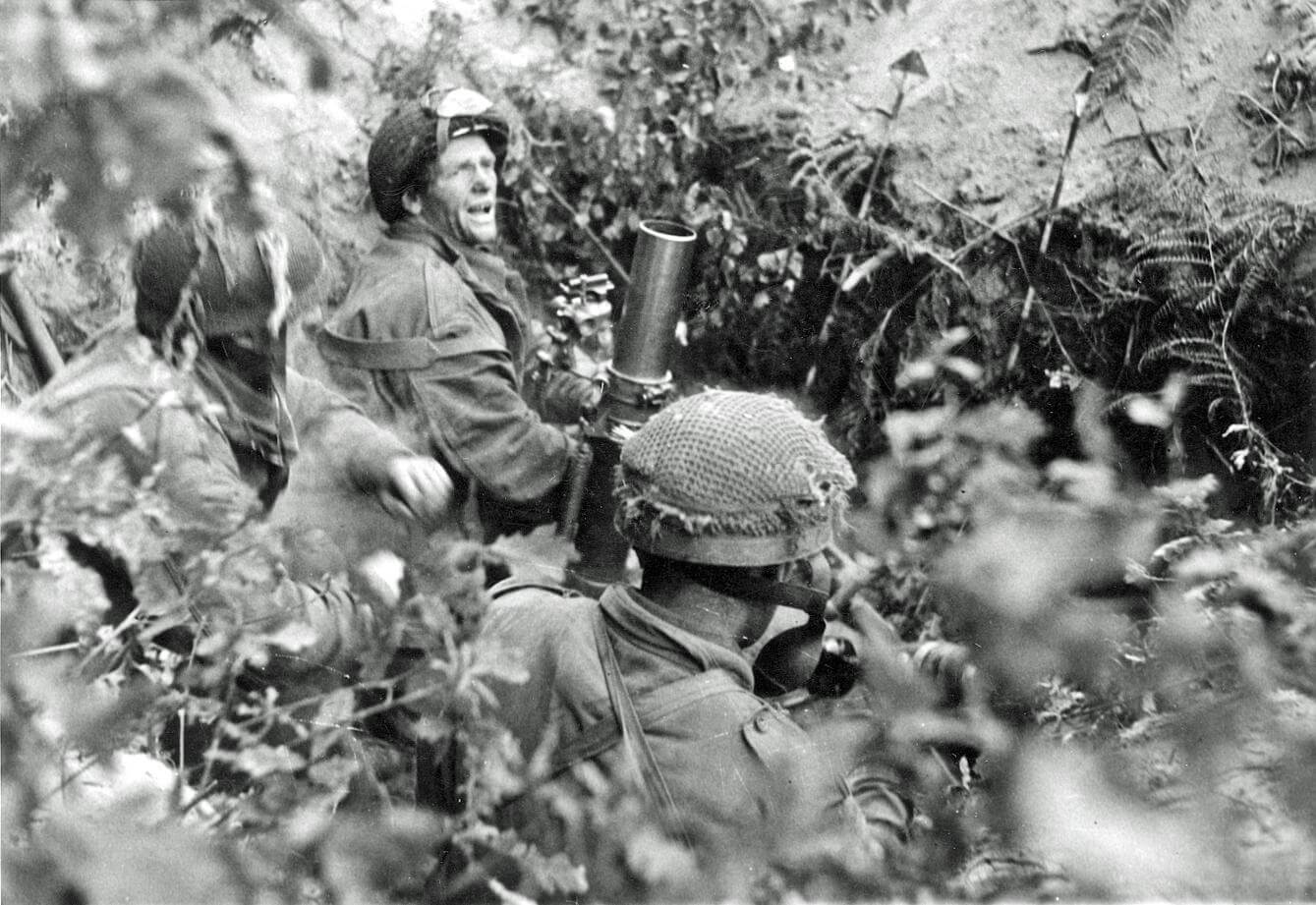 This, however, was easier said than done because the troops were scattered over several miles and were being pressed hard by a determined enemy. Of the original ten thousand-strong 1st Airborne Division, a mere three thousand six hundred fighting men, excluding medical staff, defended the Oosterbeek Perimeter. Having been under continuous attack for three days, they were exhausted, hungry, and short of ammunition.

The 1st Airborne Division had never been designed to fight its way through such heavy opposition, and their advances of the first few days had cost them dearly. However the men who had made it into the Perimeter were now able to fight the defensive battle for which they had been trained. After several days of heavy fighting the Airbornes evacuate on September 25th the perimeter and they withdraw across the Rhine during Operation Berlin. The route to the embarkation area was by no means an easy one. It was raining and dark, so the men had to proceed in file and follow the tape that lined each of the two paths leading to the River. Several parties inevitably lost their bearings and became detached on the way, usually resulting in their capture. Of more than 12,000 British and Polish Airborne soldiers only 2,300 soldiers made it to the other side of the Rhine. Arnhem proved a bridge too far. 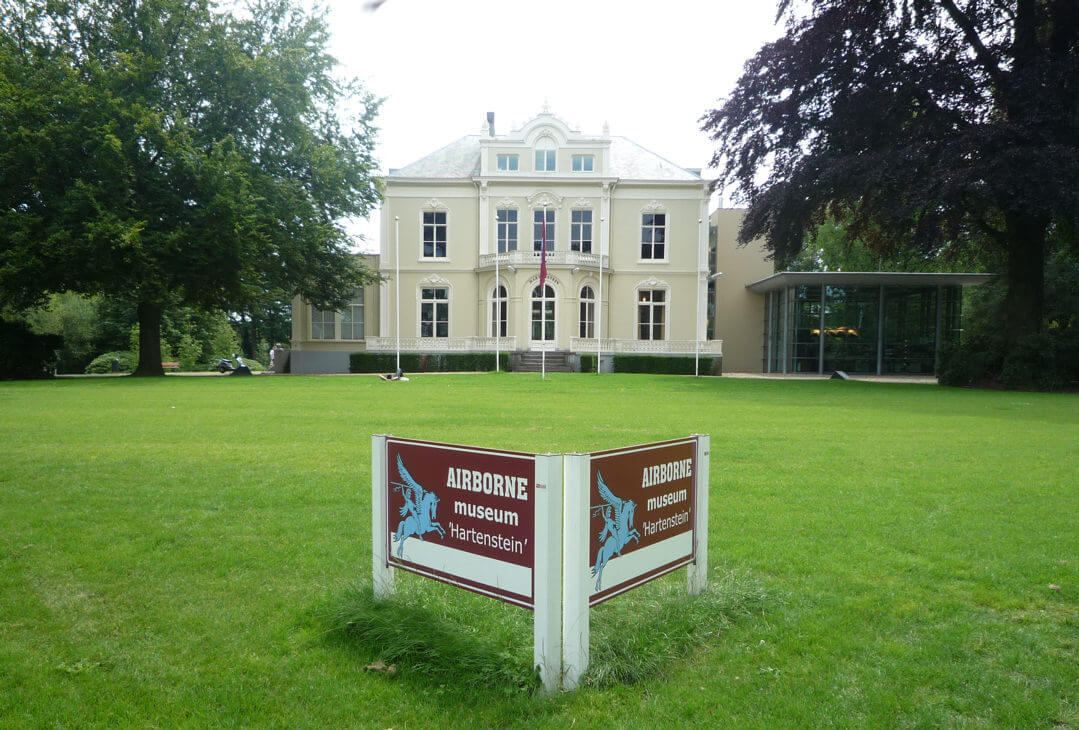 During this Battlefield Tour, we will walk along the perimeter in Oosterbeek and we visit some places that remind us of this dark period in history. During this walk of five miles an expert guide gives explanations about the events in September 1944 and shows the traces of these battles that are still visible after 70 years. The Lunch will be served at restaurant Schoonoord, this former hotel was used in 1944 as an Regimental Aid Post.

After the lunch we will visit the Airborne Museum Hartenstein. The monumental nineteenth-century villa – the headquarters of the British Airborne Division in September 1944 – holds 1,700 square metres of history and experience. The underground Airborne Experience (900 m2) allows you to follow in the footsteps of British parachutists as they make their way to Arnhem in September 1944.

Retrace the steps of the airborne forces of the famous 1st British Airborne Division during Operation Market Garden, relive the sights, sounds, and smells of war as you visit the buildings, forests and dugouts where soldiers suffered unimaginably, fought ferociously, and earned the highest awards of bravery. 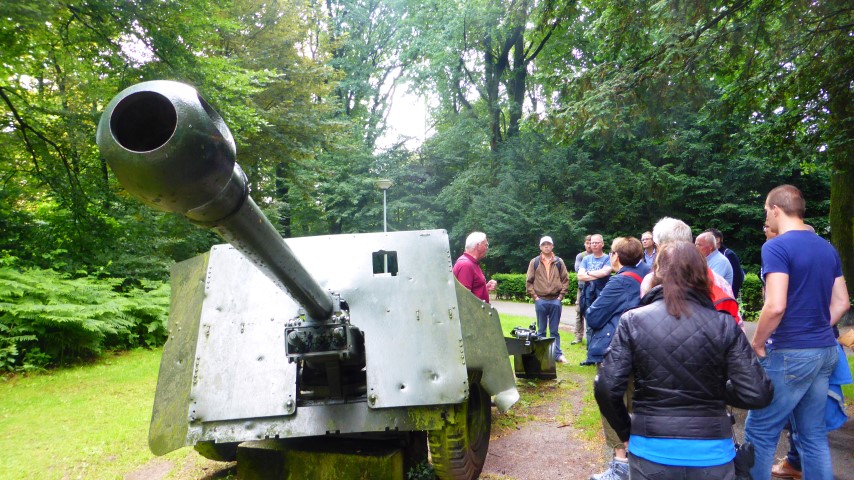 Duration
The tours in Oosterbeek takes a full day. Combination with other tours into a multiple day tour is possible.

Transport and pick up location
This is a walking tour. We start the Battlefield Tour from the Airborne Museum ‘Hartenstein’ Utrechtseweg 232 in Oosterbeek. If you arrive by plane, you will probably fly to Schiphol, Amsterdam’s airport. The easiest way to get to Arnhem is by train. There is a train from Schiphol to Arnhem, which leaves every hour. You can plan your train trip using the journey planner of the Dutch railways. You should select Schiphol as your departure station and Arnhem as your destination. From the Central Station you can take bus number 1 or 352. The journey to Oosterbeek takes about 20 minutes. Overnight accommodation is possible in Arnhem. Book overnight accommodation via this website.

British Army Newsreel about the Battle of Arnhem