The battle of Deventer

Deventer was a vital link in the transportation corridor sought by Twenty-First Armoured Group and also the start line for 1st Canadian Infantry Division's forthcoming advance westward to Apeldoorn. While 3rd Canadian Infantry Division had been fighting for Zutphen, the "Red Patch devils" had concentrated behind it to prepare their planned amphibious assault across the IJssel, codenamed Operation Cannonshot

Lieutenant-General Guy Granville Simonds expected Deventer to be as stubbornly defended as Zutphen, since the German Army was obviously determined to hold on to the east bank of the IJssel for as long as possible. German Colonel General Johannes Blakowitz gave the German troops in Deventer order to maintain at all their position. Like Zutphen, Deventer was ideal for defence. Its approaches were well protected by “a maze of waterways,” and the Canadians were once again forced by these canals into attacking the city from the east. Both the Royal Winnipeg Rifles and the Canadian Scottish were required to undertake a daylight attack without much knowledge of the extent of enemy strength or dispositions. 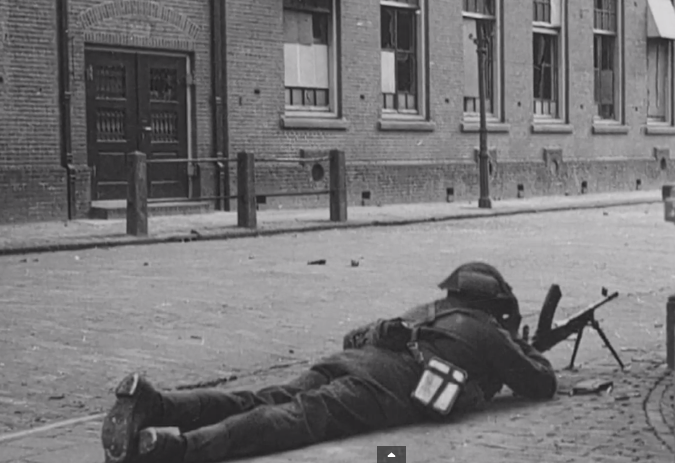 Canadian Soldier from the Canadian Scottish Regiment in Deventer.

The Winnipegs were in fact stunned by the intensity of the German fire, but they had the Sherbrooke tanks and crocodiles with them. More than 200 prisoners were taken on the outskirst of Deventer and, after a bulldozer had filled in a passage across the anti-tank ditch, the armour made quick work of the remaining enemy. The enemy was forced back to his last major defensive line but this did not long delay the Canadian troops.

Resistance crumbled as many Germans were captured and others attempted to escape across the IJssel, a manoeuvre rendered hazardous by the cooperating artillery of the 1st Canadian Infantry Division. By the evening the Canadians had occupied the main part of Deventer and, during the night, The Regina Rifle Regiment passed through the Winnipegs, clearing the south-eastern suburbs.

Twenty-four hours after the main attack began, Deventer was entirely in Canadian hands, much of the credit for the speedy clearing of the town being due to “the extremely-well-organized Dutch Underground”. The 7th Brigade’s total infantry casualties (including those of the Queen’s Own Cameron Highlanders) were 126; the brigade reported capturing about 500 prisoners. 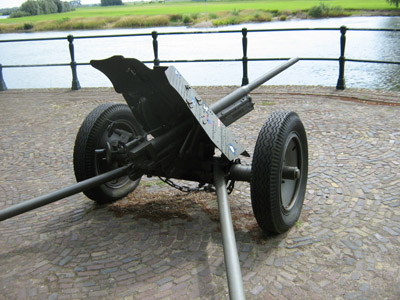 Duration
The tours in Deventer takes a half day. Combination with other tours into a multiple day tour is possible.

Transport and pick up location
This is a bustour. We start the Battlefield Tours from the train station in Deventer. If you arrive by plane, you will probably fly to Schiphol, Amsterdam’s airport. The easiest way to get to Deventer is by train. There is a train from Schiphol to Deventer, which leaves every hour. You can plan your train trip using the journey planner of the Dutch railways. You should select Schiphol as your departure station and Deventer as your destination. . Overnight accommodation is possible in Deventer. Book overnight accommodation via this website.

Army Newsreel, about the Battle of Zutphen